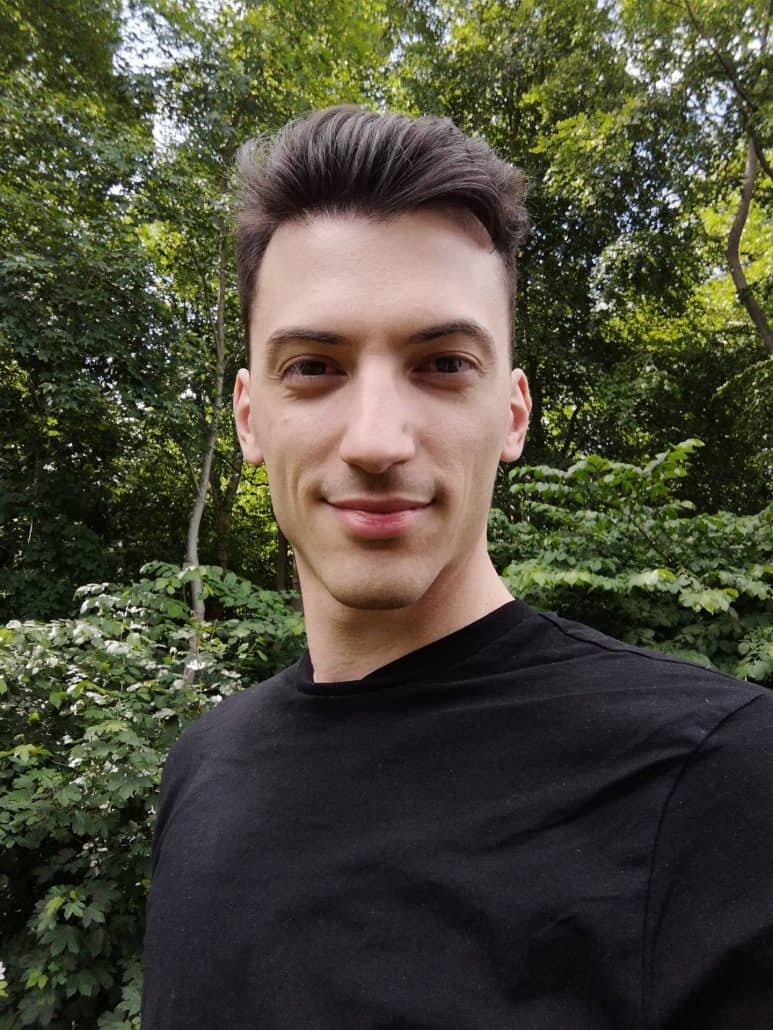 This research seeks to explore and define a more personal approach to landscape architecture, an approach that tries to embrace – and engage with – the complexity of climate change related dynamics. Instead of conceiving landscape as a finite product, the attitude will push towards the necessity of conceiving landscape as an infinite quest, a process able to enter into dialogue with the enduring processes and natural phenomena that constantly shape the environment in which we live.

Case study of this research is the estuary of the Charente river located in the west coast of France, an area highly threatened by sea-level rise and permanent submersion of the land due to the effects of global warming. The proposal of a landscape laboratory as focus of this project follows the political debate about the possibility of establishing a permanent “Littoral-Regional Atelier” in the area, a site of public domain where to study the impact of climate change and where to acquire knwoledge that could thus become part of an urgent global discussion.

Terrain Vague [tεrε̃ vag] is a French expression that lack of a clear English translation.
A valuable definition has been given by the Spanish architect Ignasi de Sola Morales who described the Terrain Vague as “an indeterminate space without precise limits, an apparently forgotten place where the memory of the past seems to predominate over the present […]”. (de Sola Morales, 1995) According to de Sola Morales, terrain vagues allow possibilities and emanate the feeling of spaces that are mostly outside our control, even if they are the result of processes generated by human activity.
However, the etimological research around the term “vague” brought to light two other meanings that, in the opinion of the author, could be investigated in the exploration of a more personal landscape attitude.

Cornerstone of this research relies upon the hypothesis that Terrain Vague can be used not only as a concept useful to describe an existing condition of the reality, but also as a tool to design; if landscape architecture is, by definition, a discipline that deals with living matter and natural processes, then a certain degree of uncertainty and indefiniteness – which relate back to the original meaning of latin words vagus/vagari/vacuus – can add value and quality, in a long-term perspective, to the precise “time zero” defined by the project.
Moreover, Terrain Vague points also towards the irreducible link between land (terrain) and water movements (vague – feminine), a common meeting ground that accommodates fluidity, instability and complexity.

Thus, in this perspective, while staging the ground for both spatial uncertainty and promise, Terrain Vague opens also new questions regarding the ambiguity of the line that separate and define what is land from what is water. 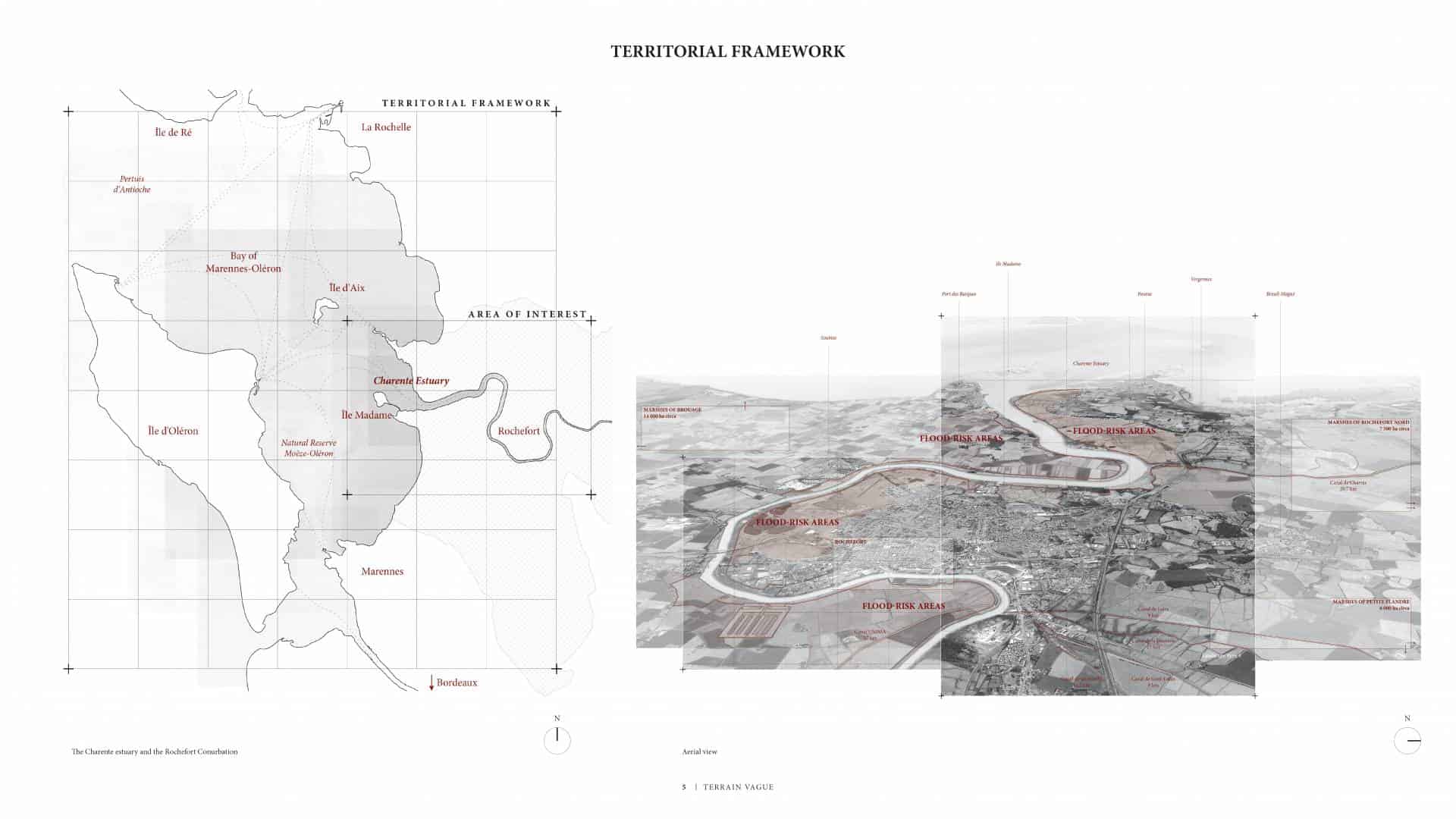 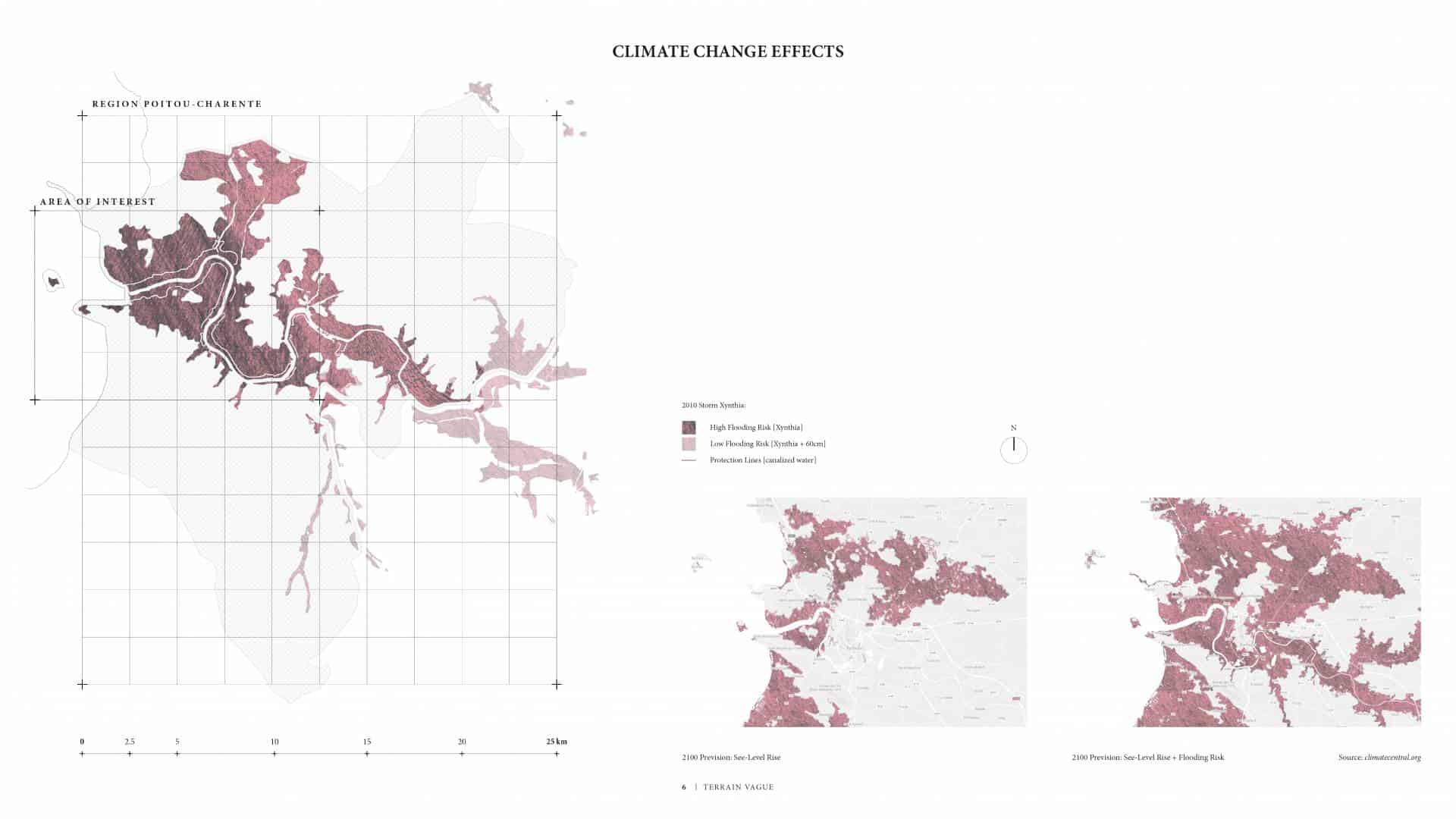 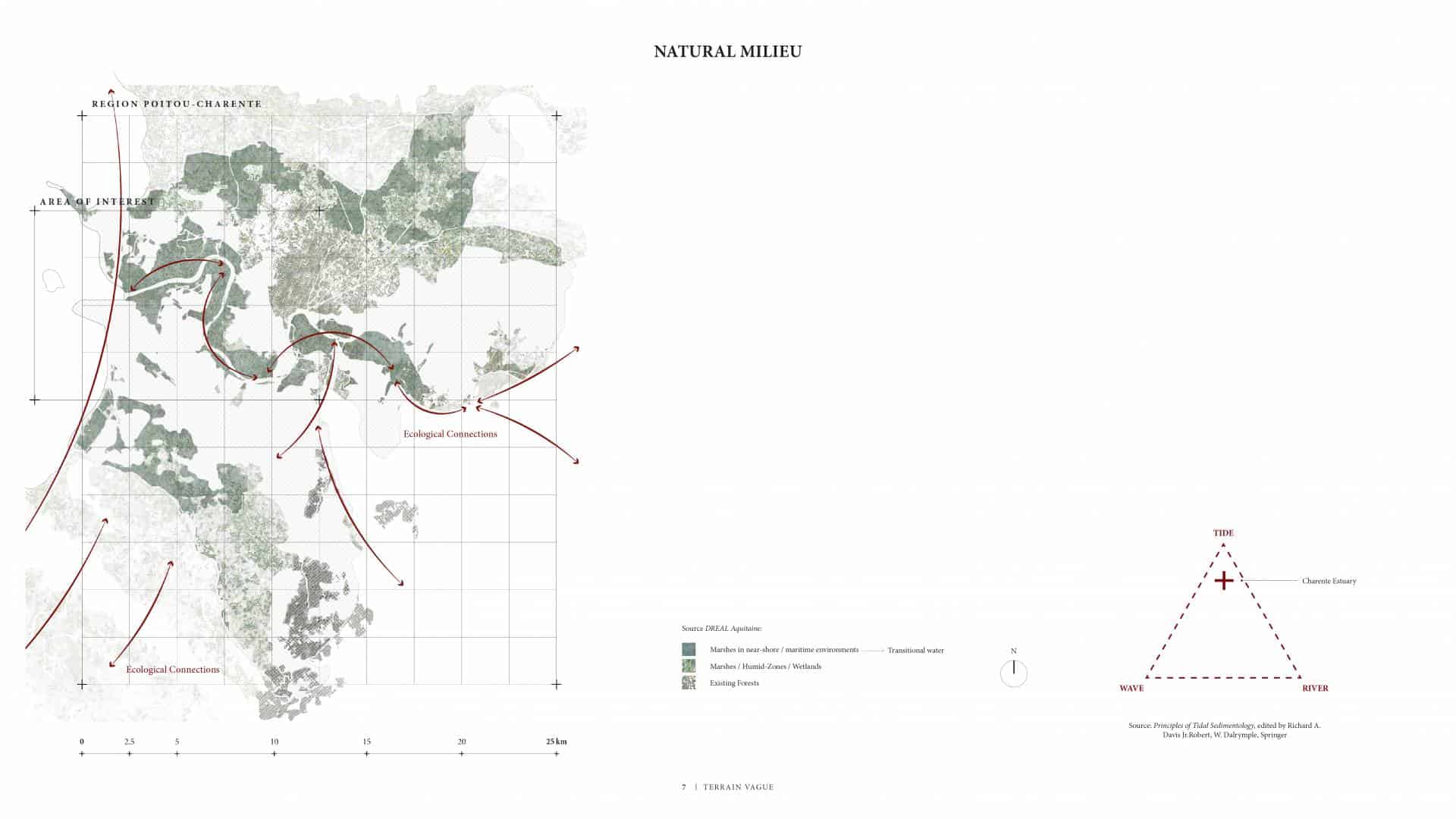 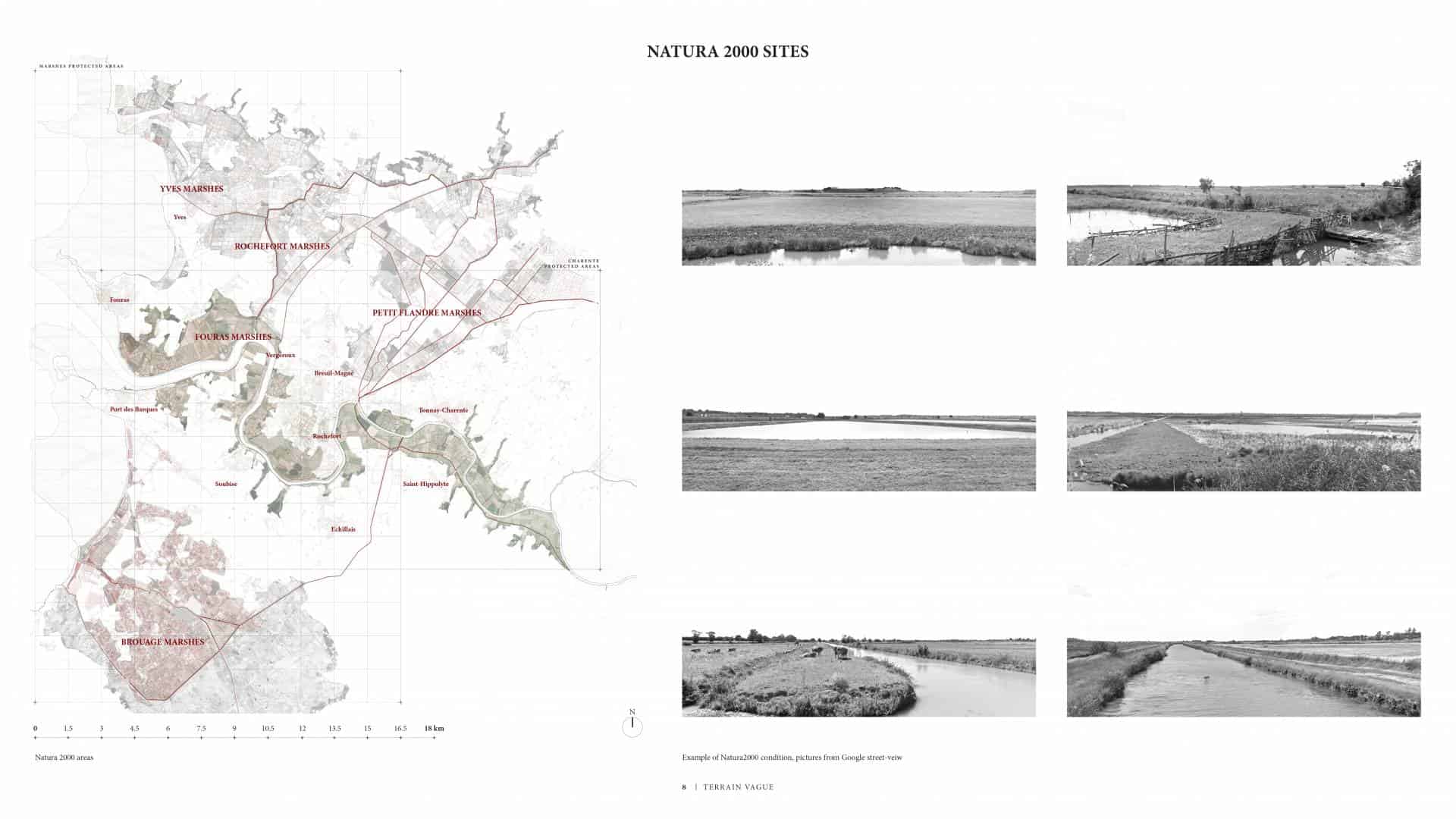 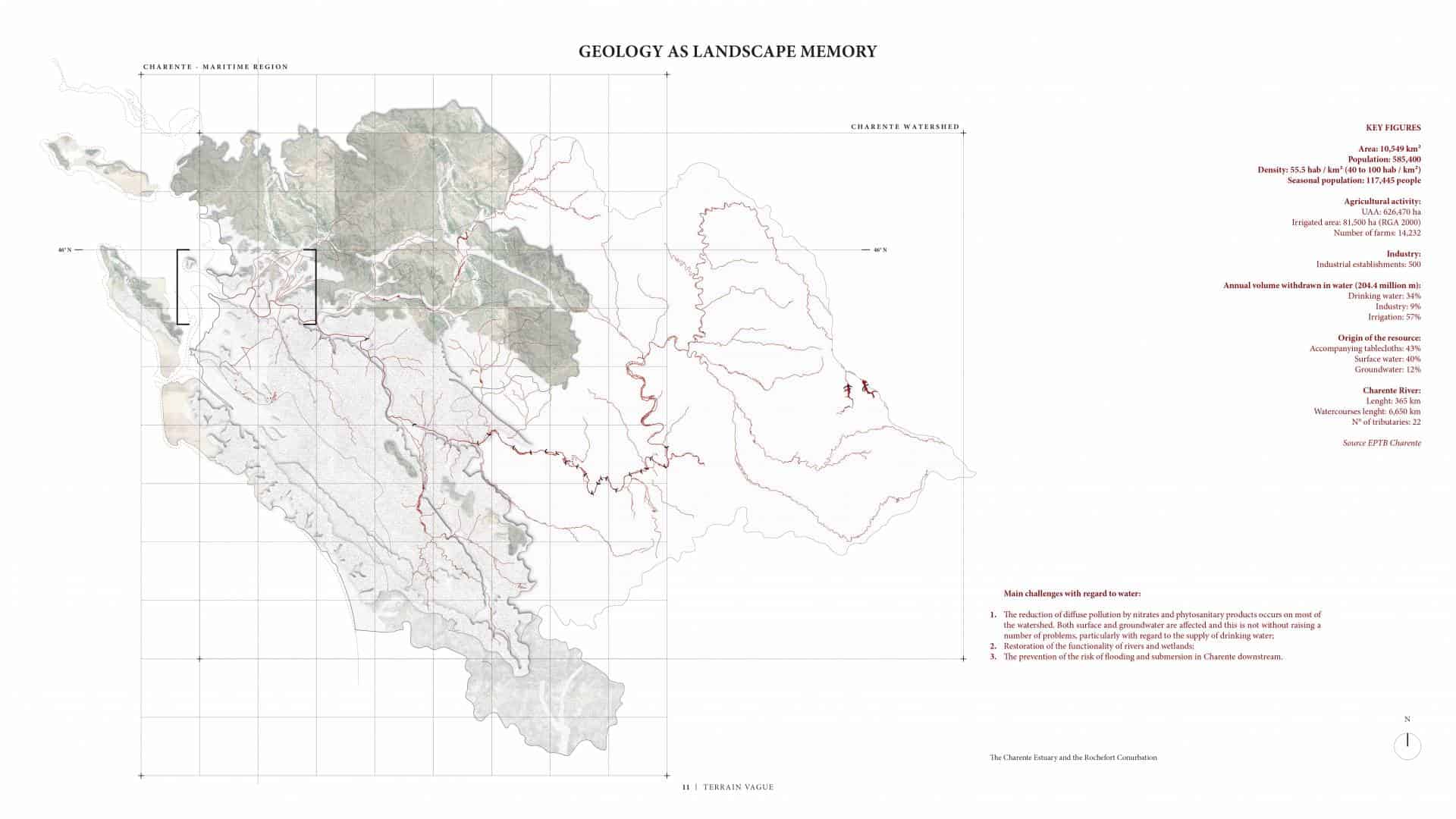 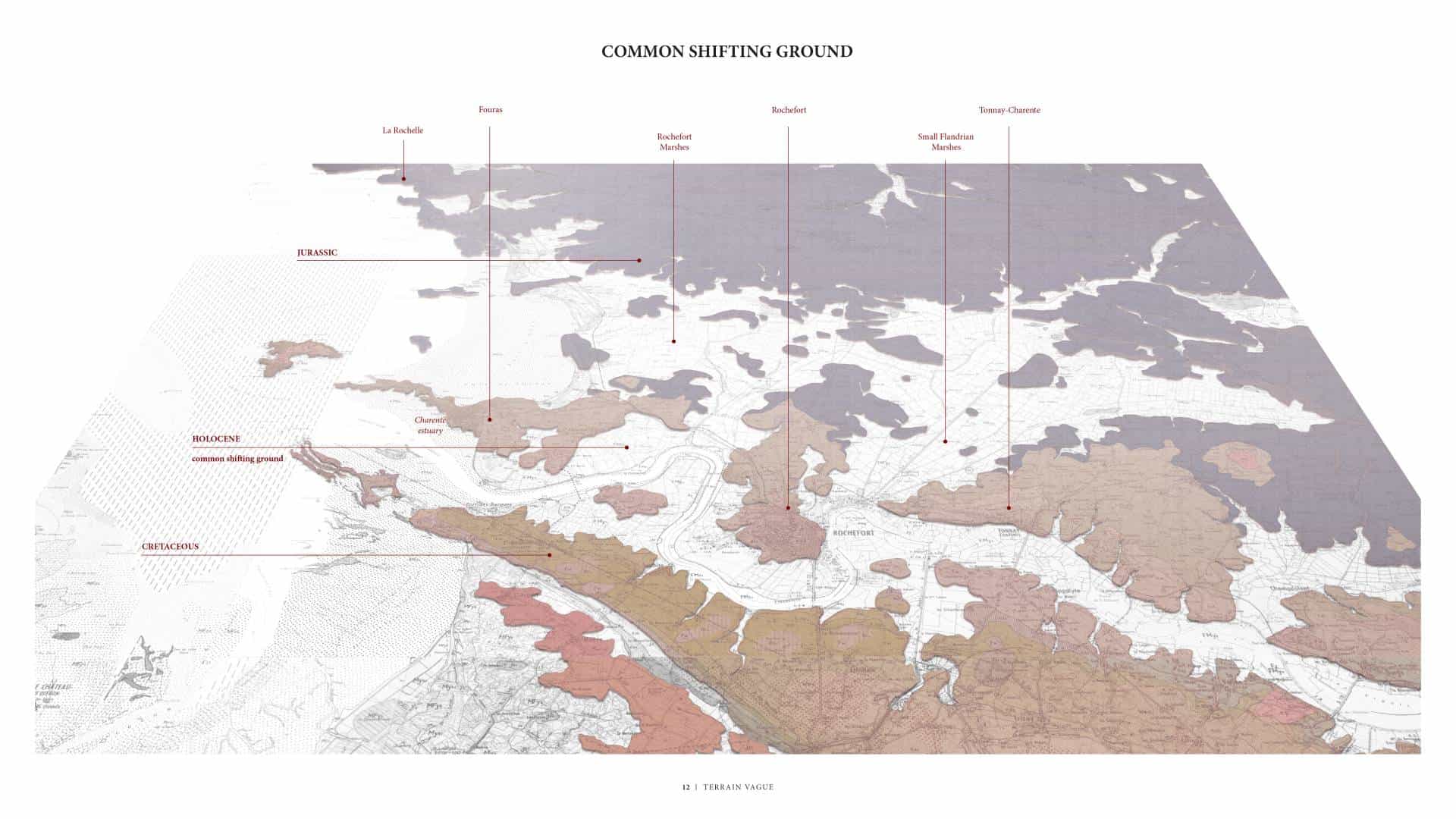 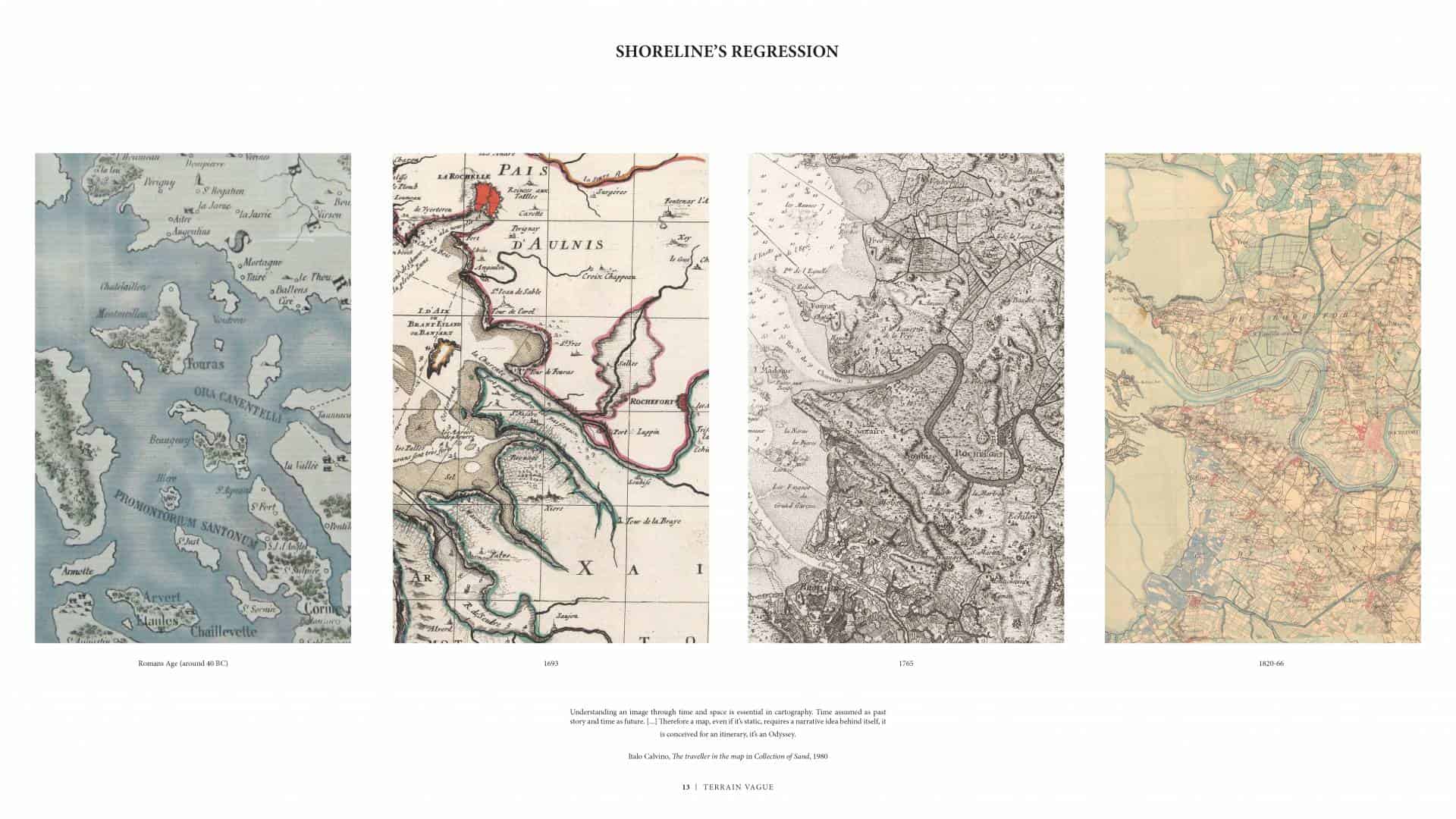 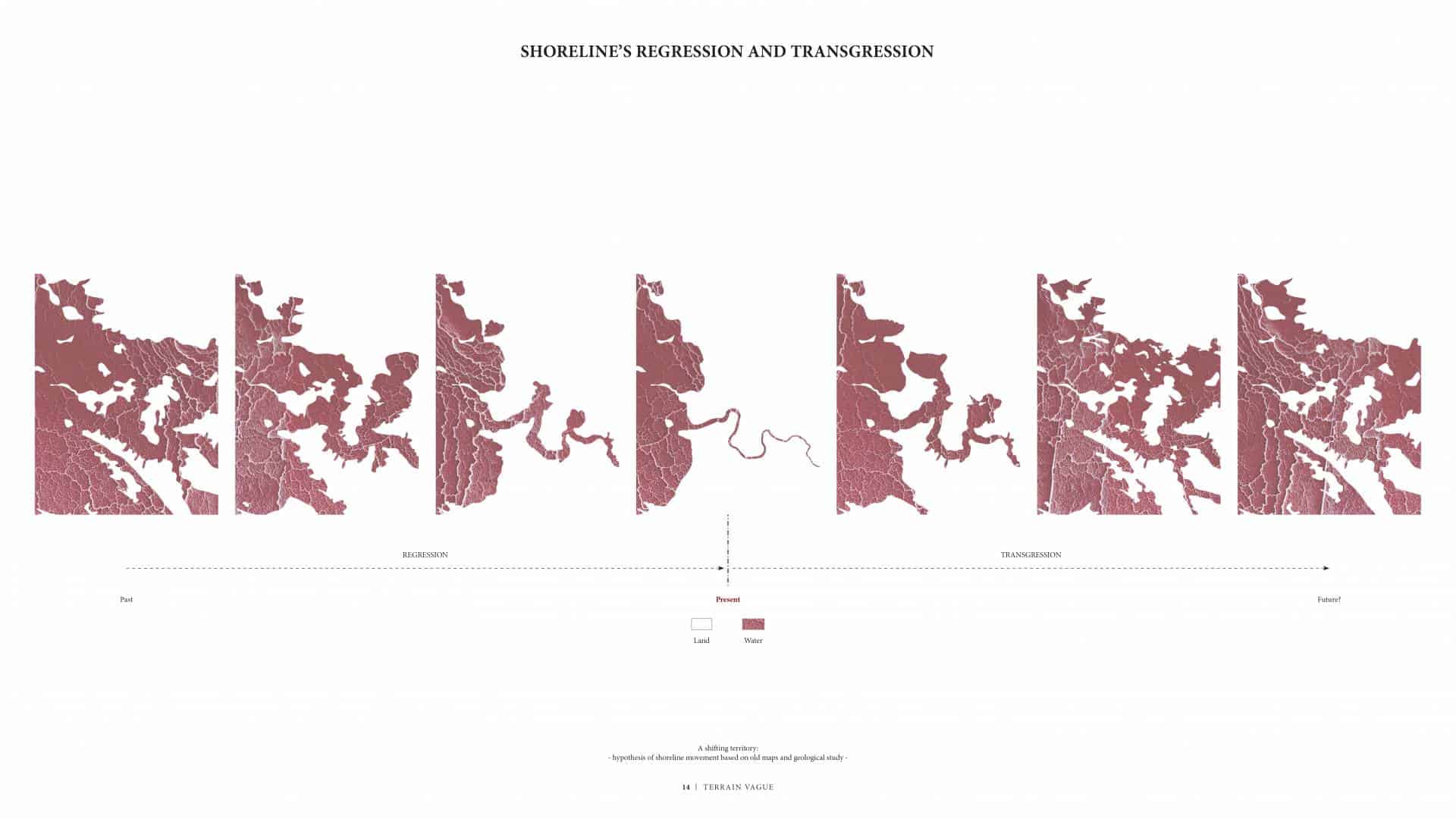 Learning from the context _ landscape reading and analysis 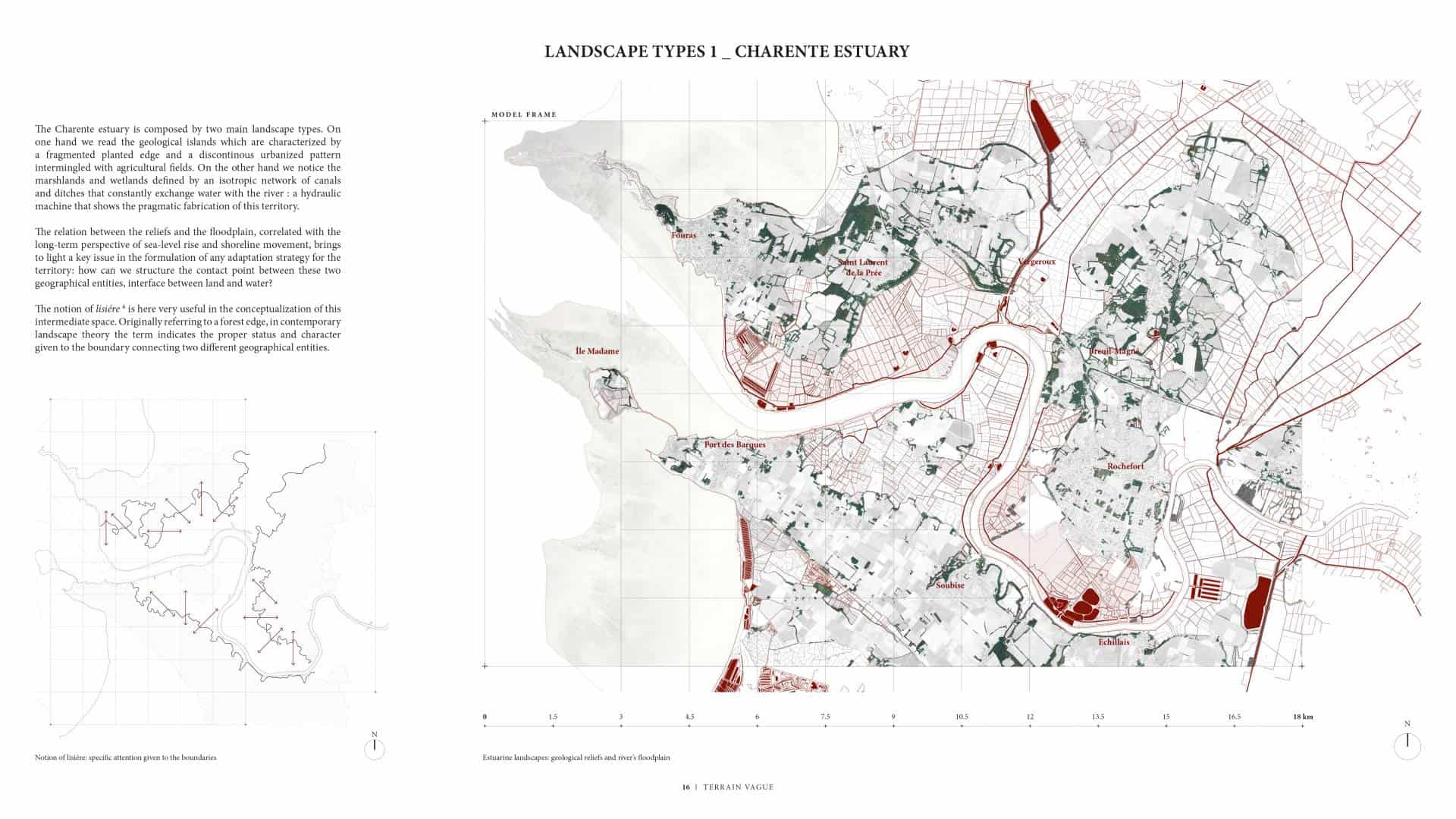 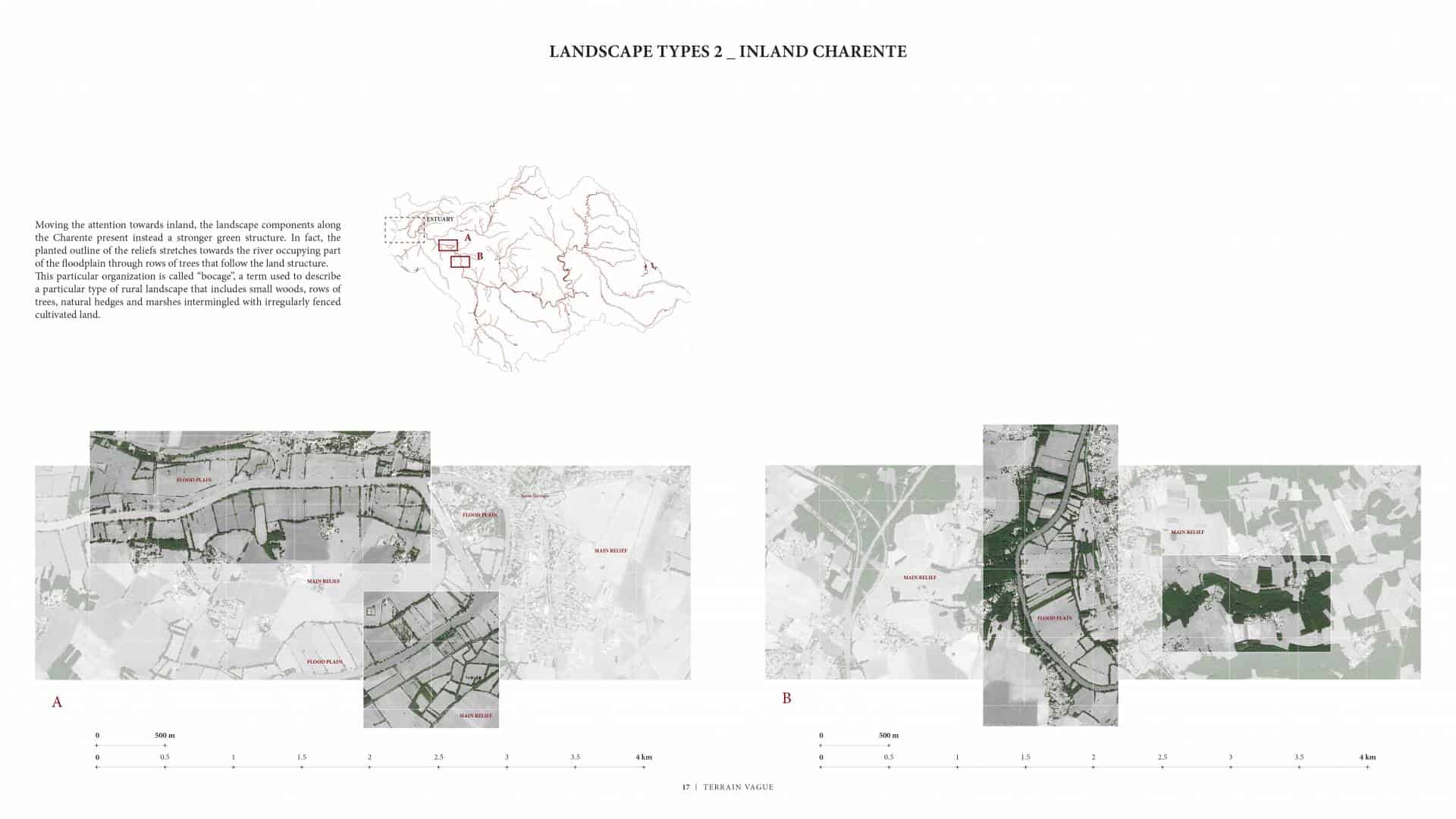 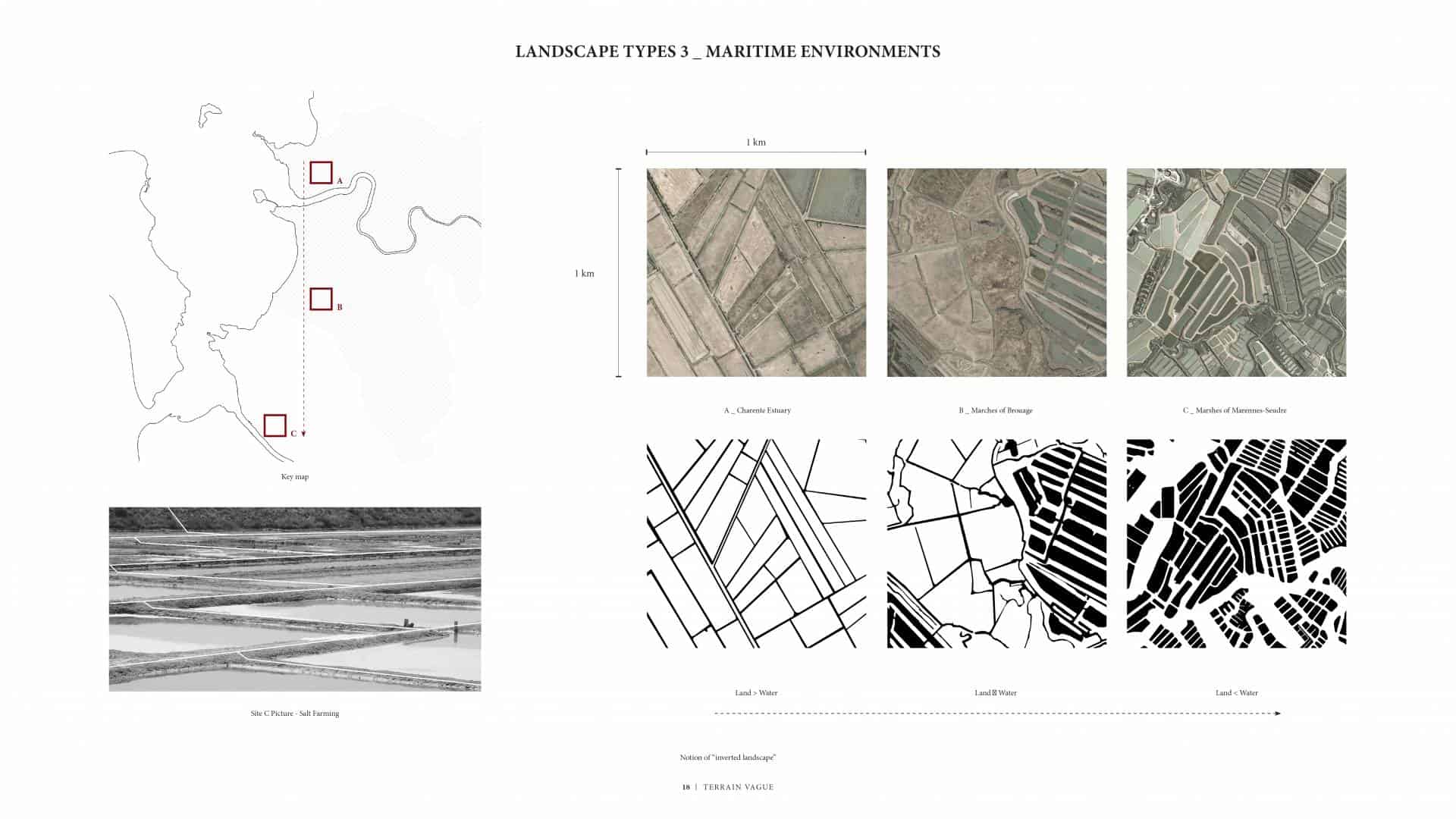 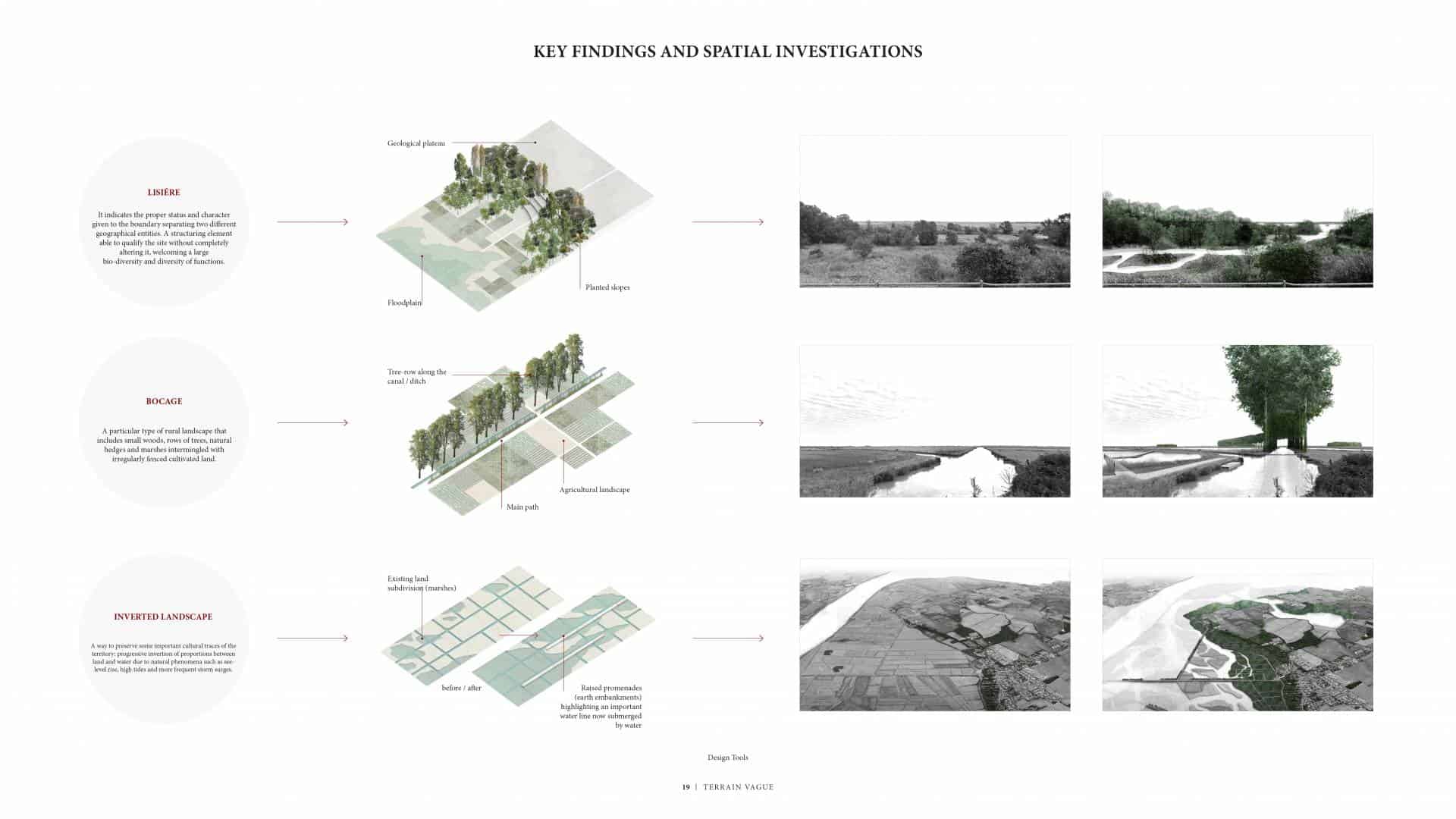 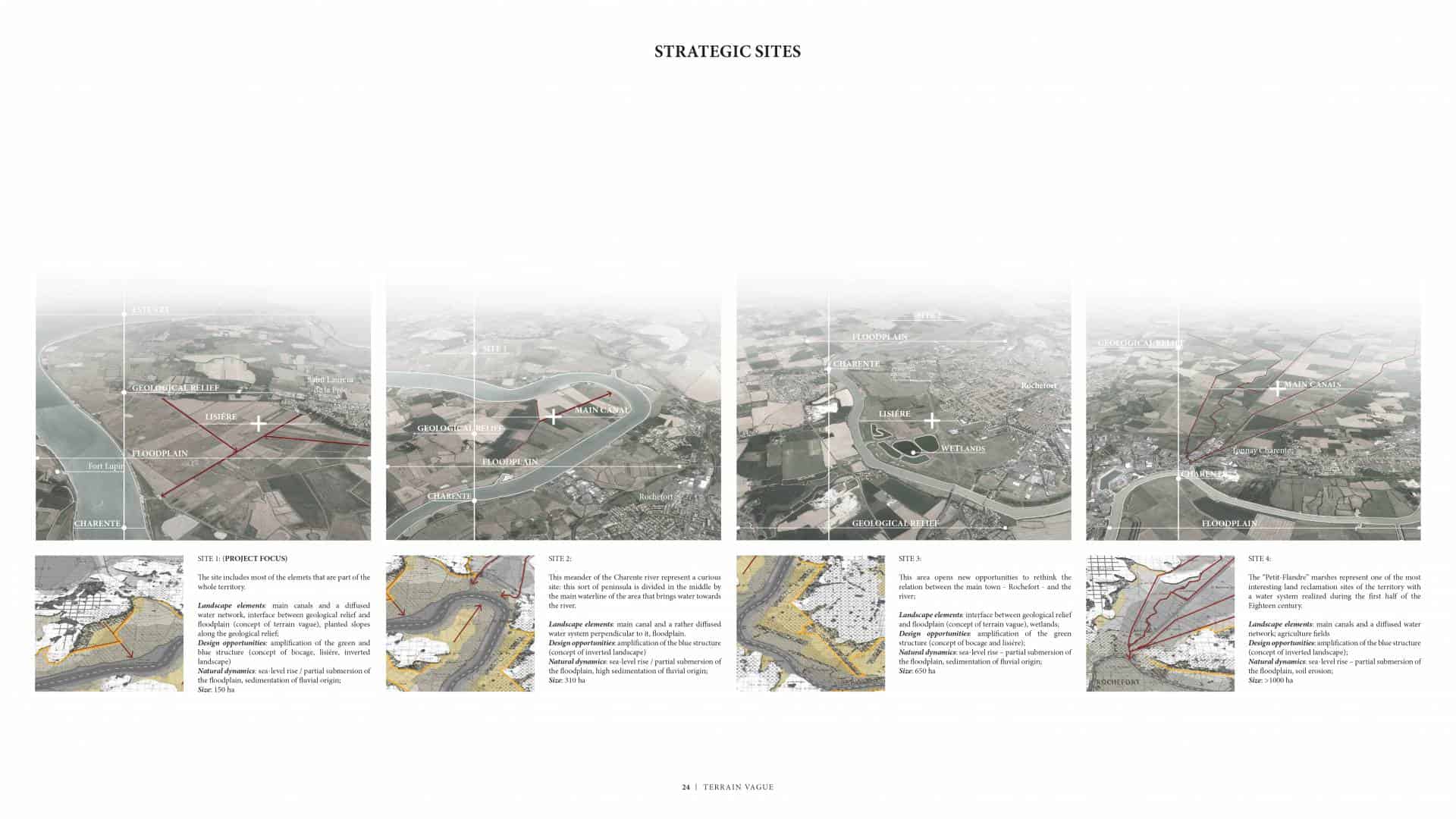 The decision of focusing the main body of work on strategic site 1 lies upon two main considerations.

Firstly, it showcases all the different landscape components and processes present in the area; secondly, due to its rather limited size, it represents the perfect case study where to test small-scale prototypes that can be subsequently applied on a broader scale. From here derives the decision of considering it a “landscape laboratory”.
The latter fits well into the critical role that the estuary has acquired in the latest years on the national agenda. In fact, it is under discussion the possibility of establishing a permanent “Littoral-Regional Atelier” in the area to study the effects and impacts of climate-change on the Atlantic coast.
The site could thus become integral part of an urgent public discussion, a key spot where to observe, experiment and acquire knowledge from the effects of man-made and natural phenomena active also on a regional scale.

In this perspective, which addresses the slowness required by environmental processes, the laboratory acquires a pedagogical role, not only for landscape architects and scientists, but also for the local community and tourists, making tangible – on a local scale – dynamics that belong to a global challenge. 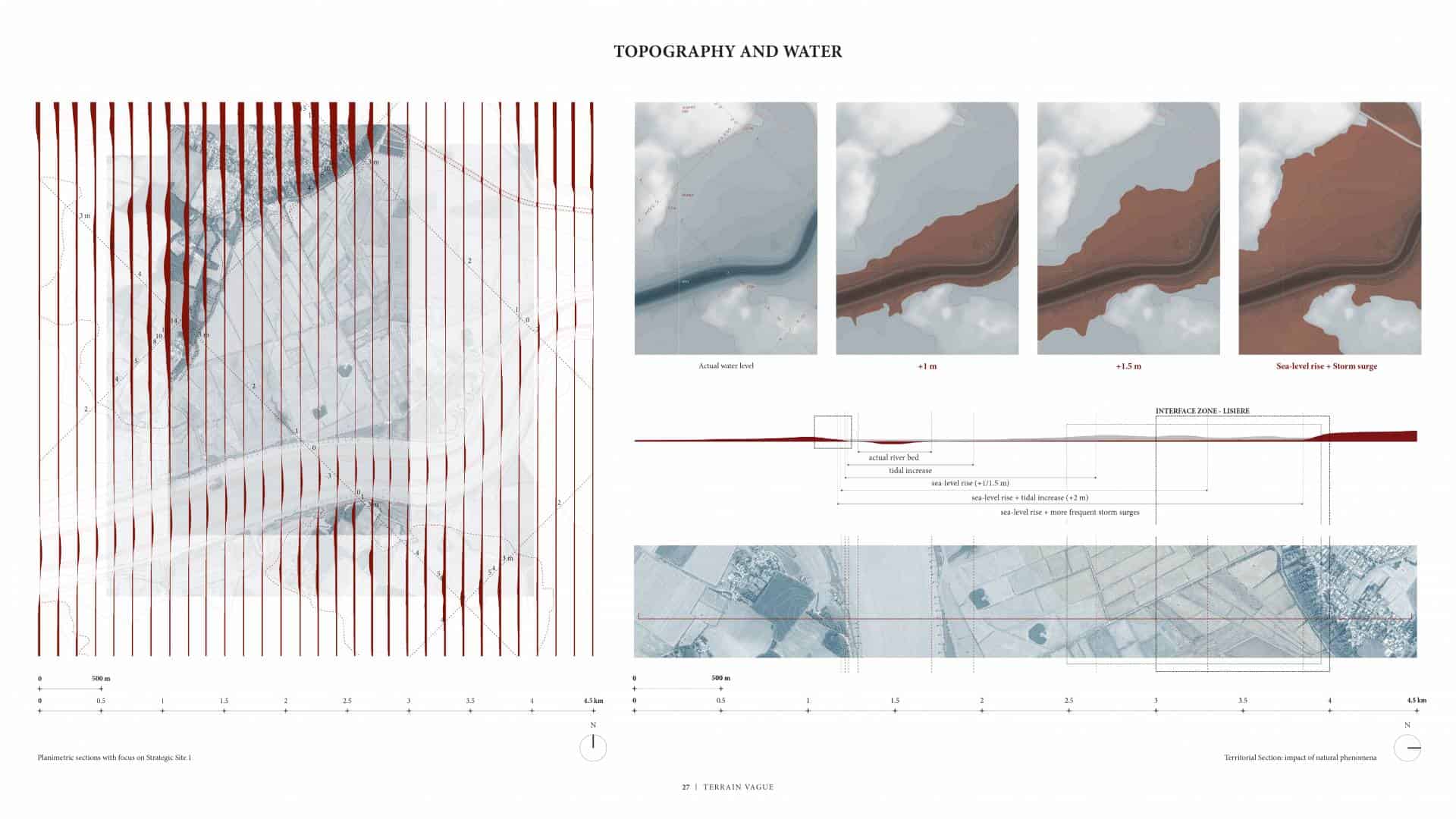 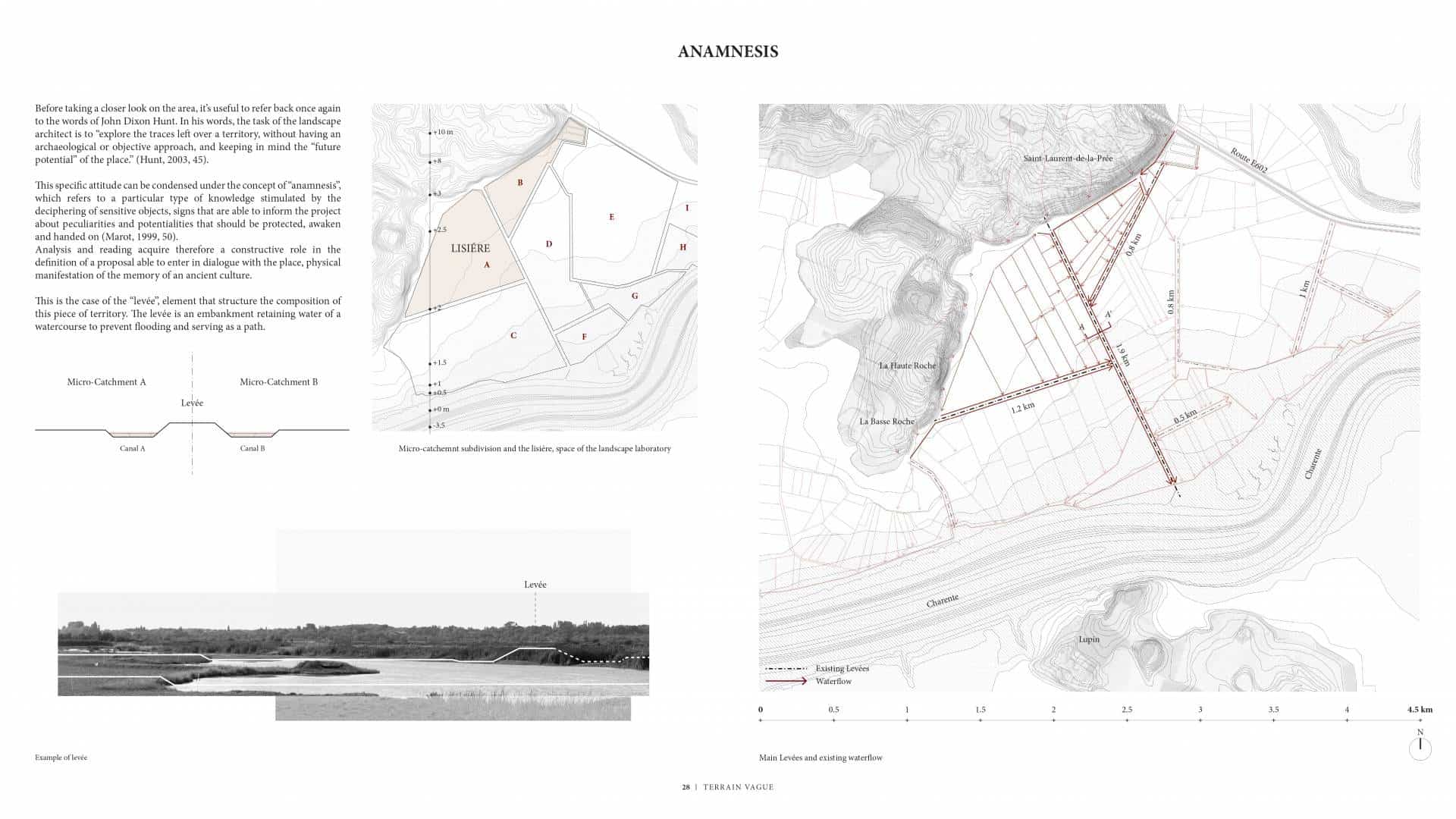 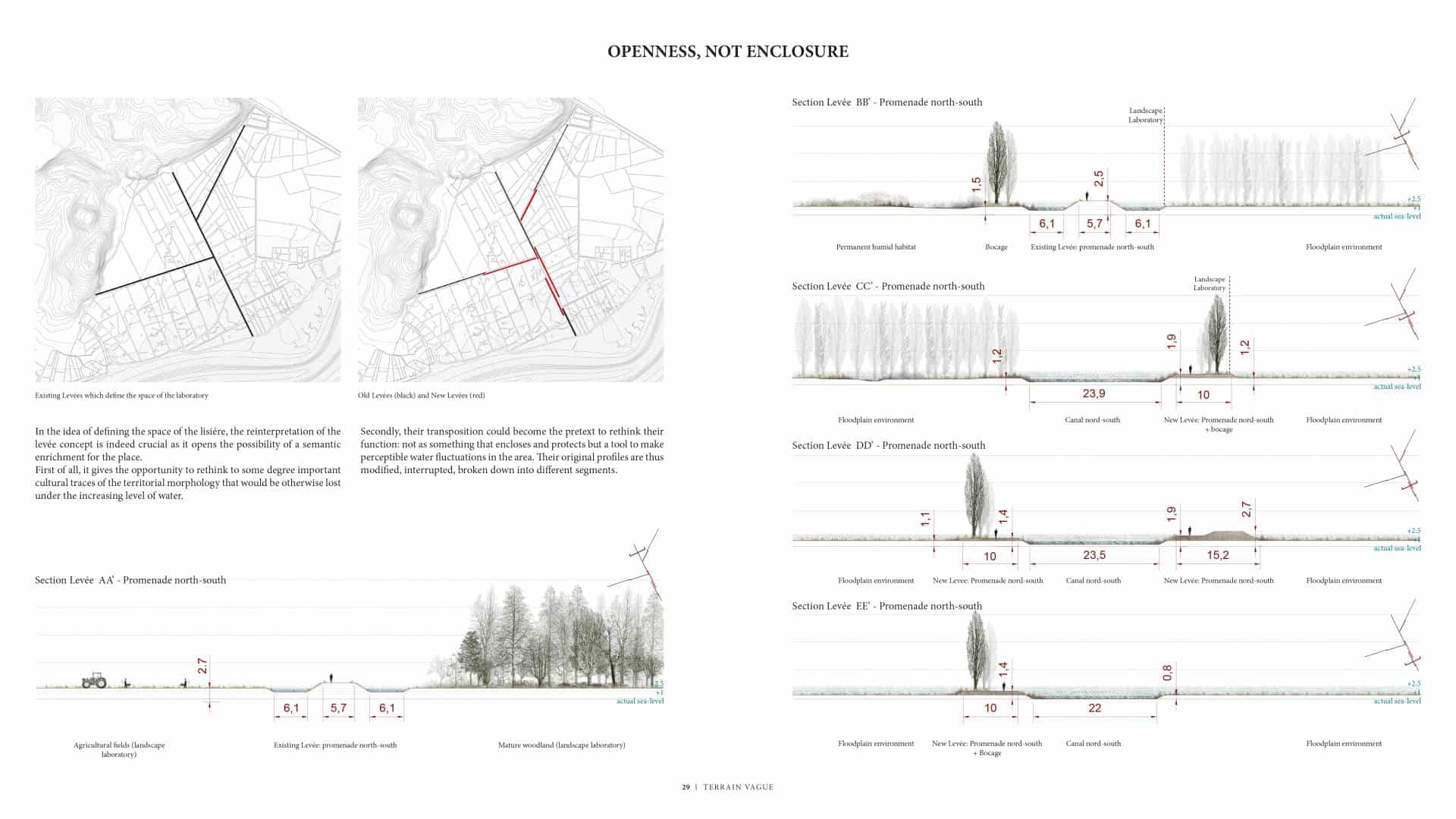 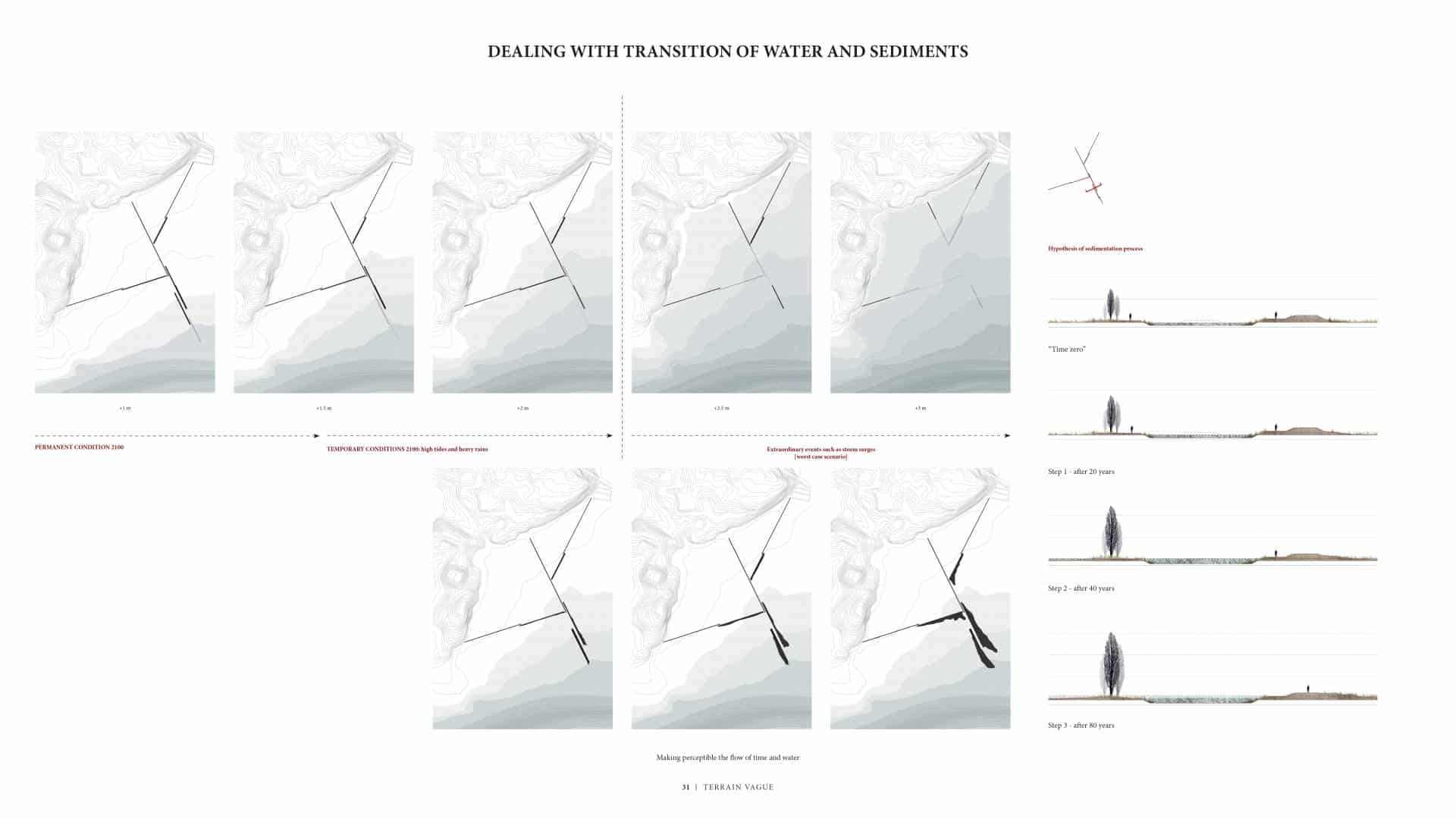 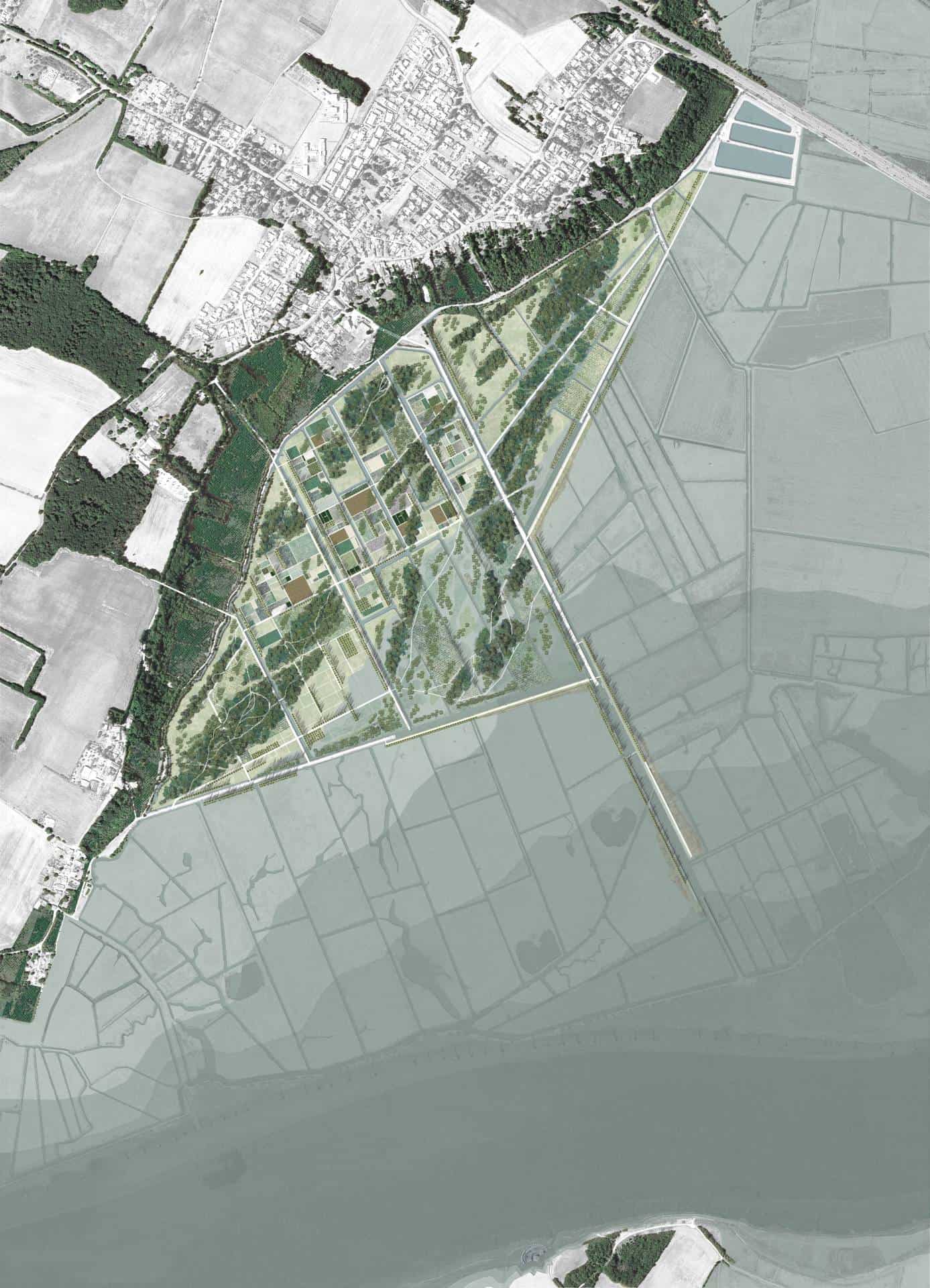 Shifting Site _ A landscape in movement 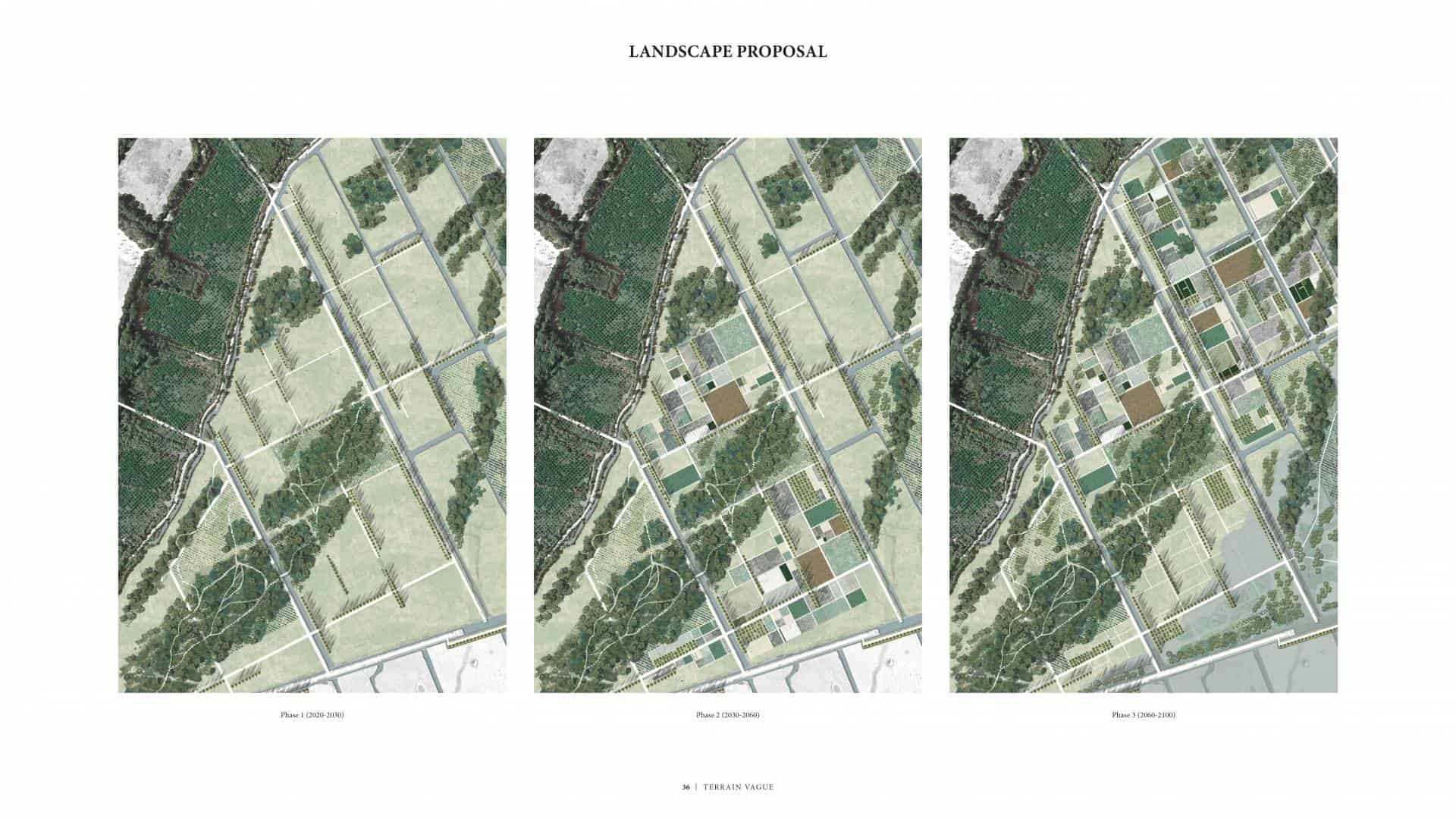 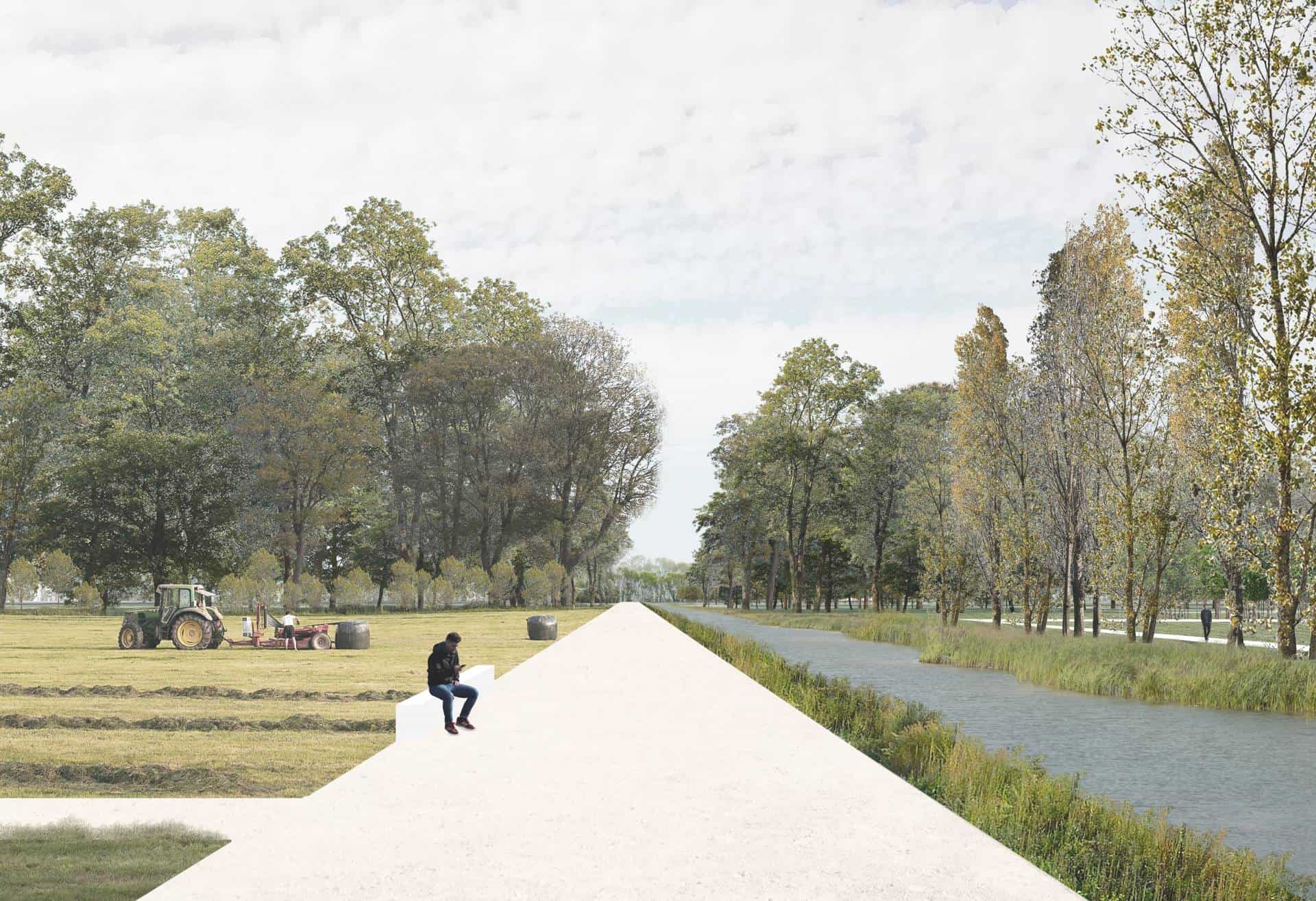 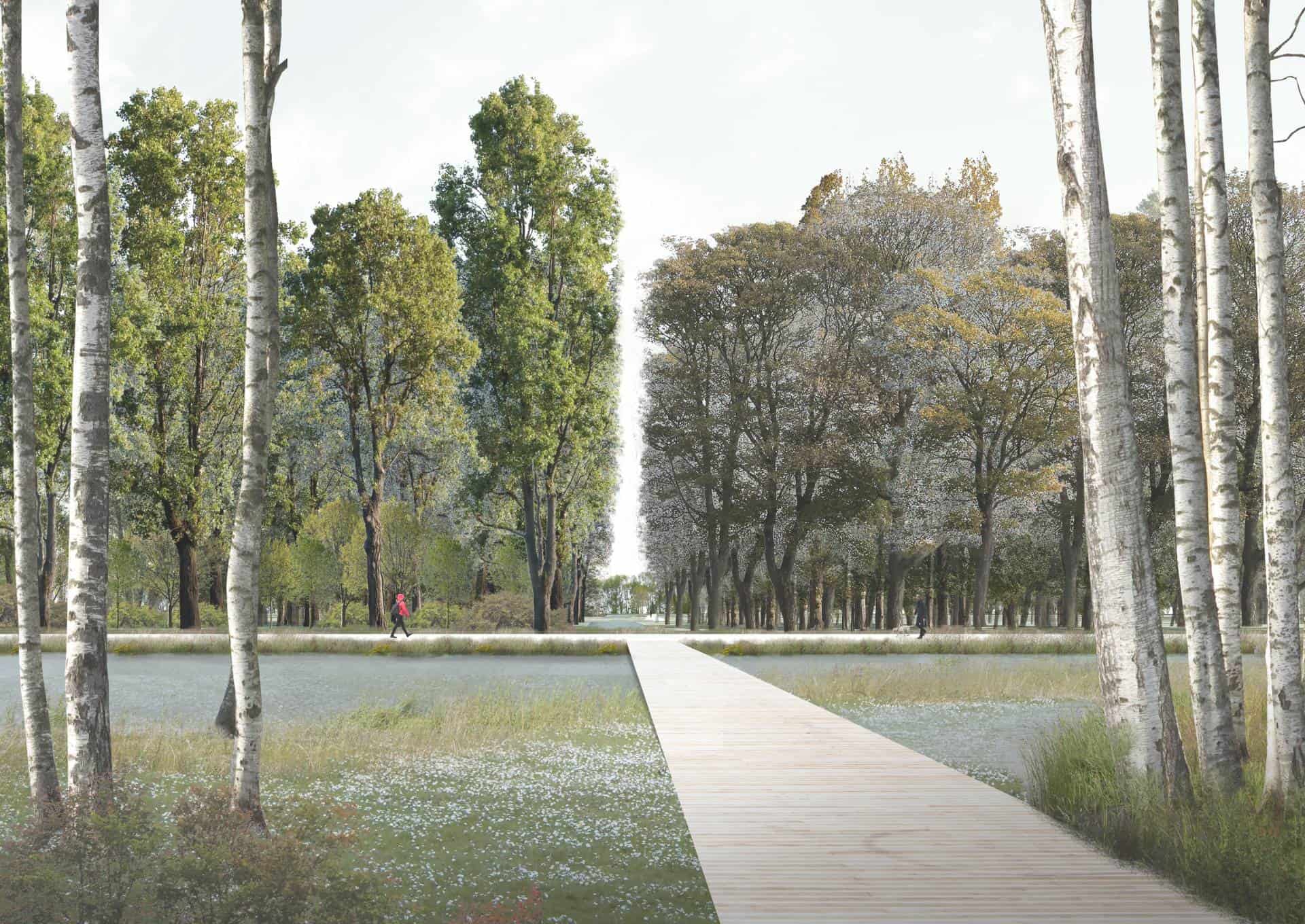 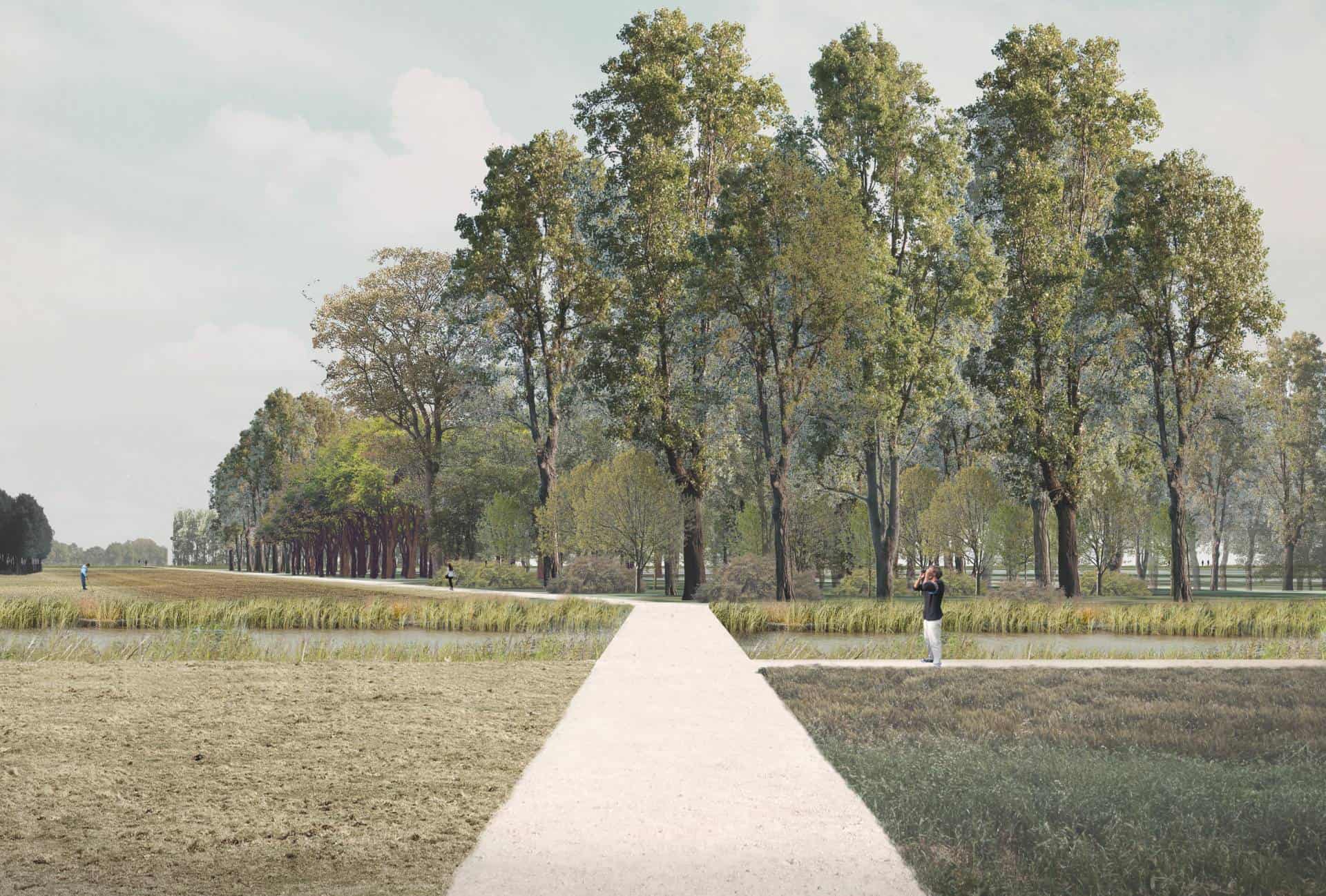 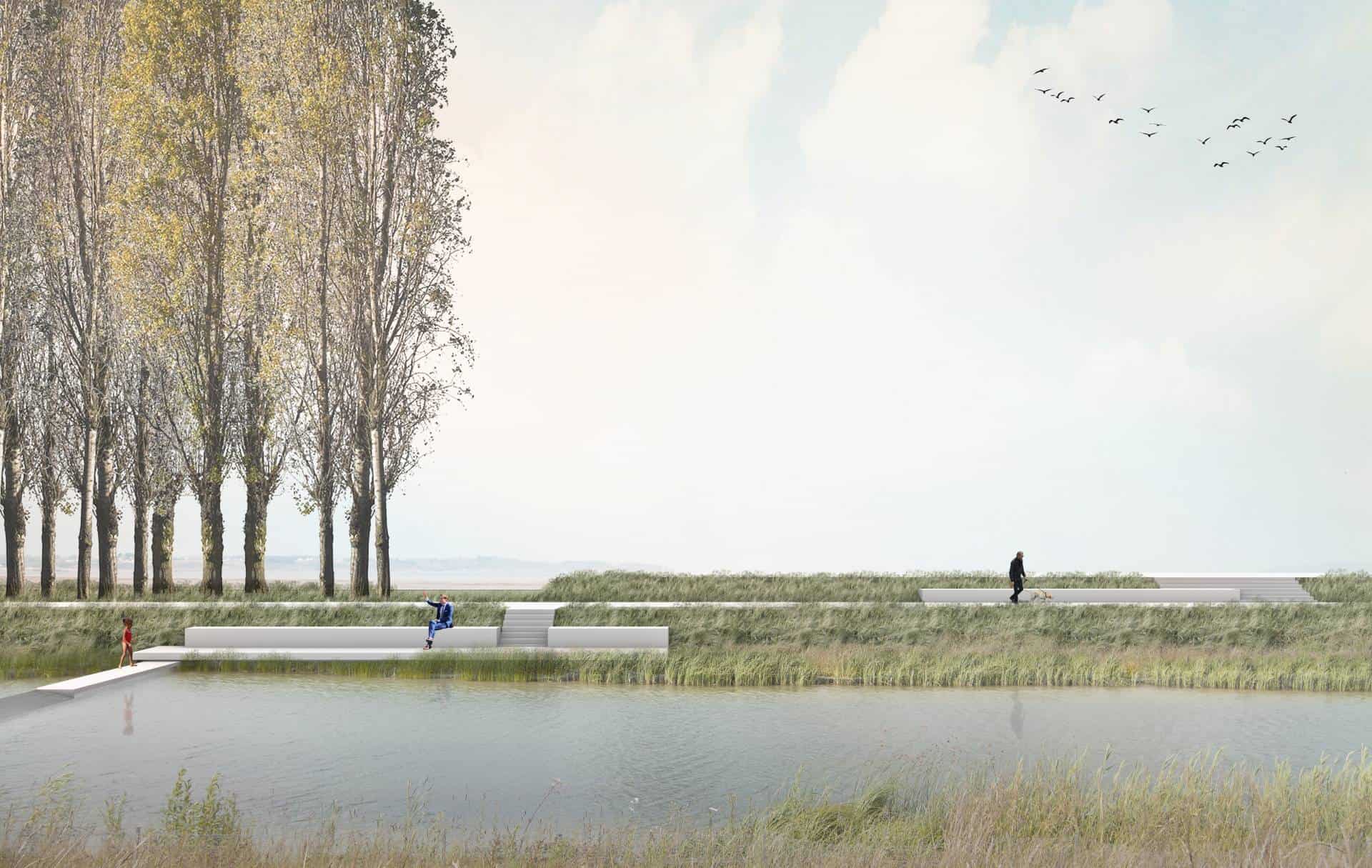 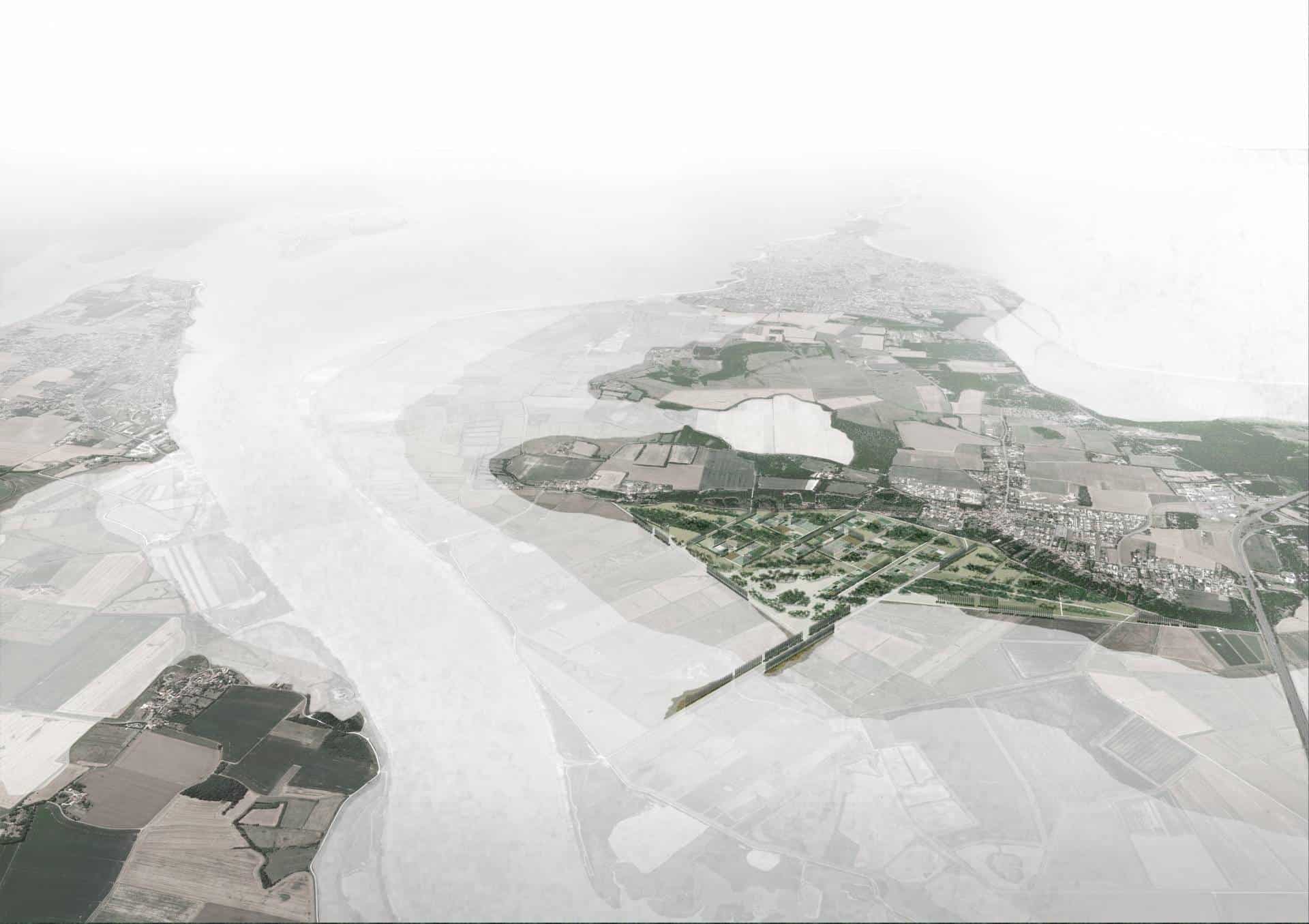