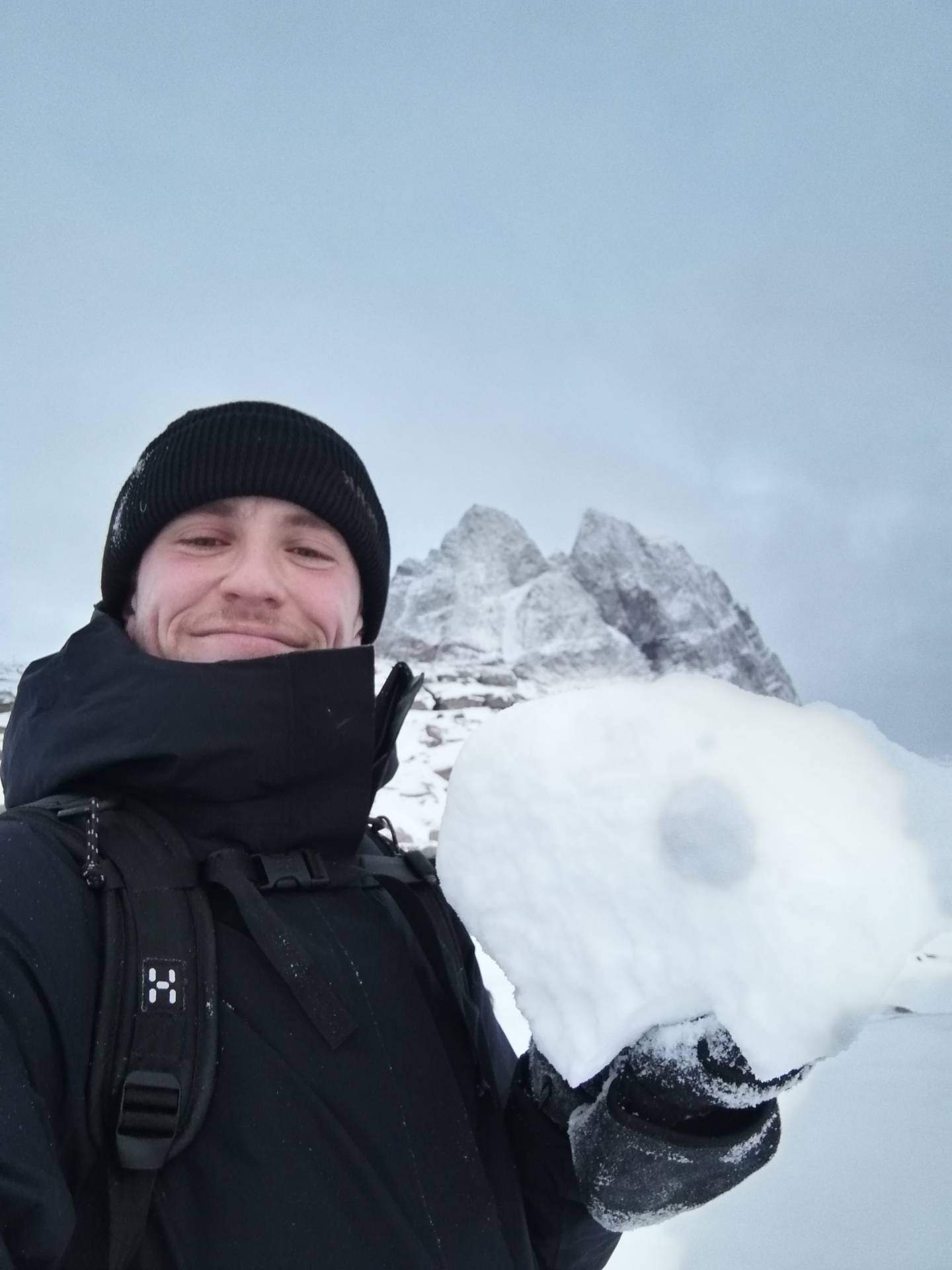 Strategic Islands and Dirty Narratives – A celebration of the waste dump in Ummannaq, Greenland

In the context of the geopolitical interests in Greenland, where a number of opposing world-views are meeting, how can architecture and indigenous storytelling rework the infrastructures of waste, in order to preserve a locality and create new possibilities for its dwellers and their cultural values?

Waste starts as a local concern and there is no single way of handling it. Given Greenland’s dispersed population and lack of infrastructure, there are both environmental, practical and cultural issues to be considered. In our globalized world people in Greenland produce just as much waste as the rest of us. Only few cities have incineration plants, which is not enough to treat everything that is produced.

This project is located in the island of Uummannaq. Despite being one of the larger cities, there is still no waste management plan. Instead, trash is dumped outside the city in various sites. One of these dumps recently caught on fire and blended toxic smoke with the surroundings.

Not only Greenland’s waste issue but also the geopolitical fights for resources in the Arctic are reconfiguring how local lives are lived. To approach this, I have tried to understand how the Inuit have culturally perceived their environment. I have read stories in order to formulate ideas for an architecture that can emerge with inspiration from locally embedded narratives and beliefs. There is wisdom within the stories of each civilization, and architecture can embody the tacit knowledge that these often undermined narratives signify.

Inuit mythology has strong ties to natural features, such as land, water and (non)living beings. These elements were used to develop spatial concepts of dealing with the waste. This has allowed me to further critique the Western mentality that has positioned nature as a mere resource to be consumed and exploited.

My ambition has been to make a intervention that seeks to fulfill the needs of the city, which are currently places to assemble and systems to manage their waste. It will operate as an material and social infrastructural node that responds to its climatic context. Furthermore, the project aspires to create new jobs through waste management and production of knowledge, in order to create a grain of self-empowerment. In a culture thriving on cultural traditions of social gatherings, the thesis looks to encourage users in civil dialogue around local politics, environment and tradition.

The project is in its essence what i have termed a “Strategic Island.” 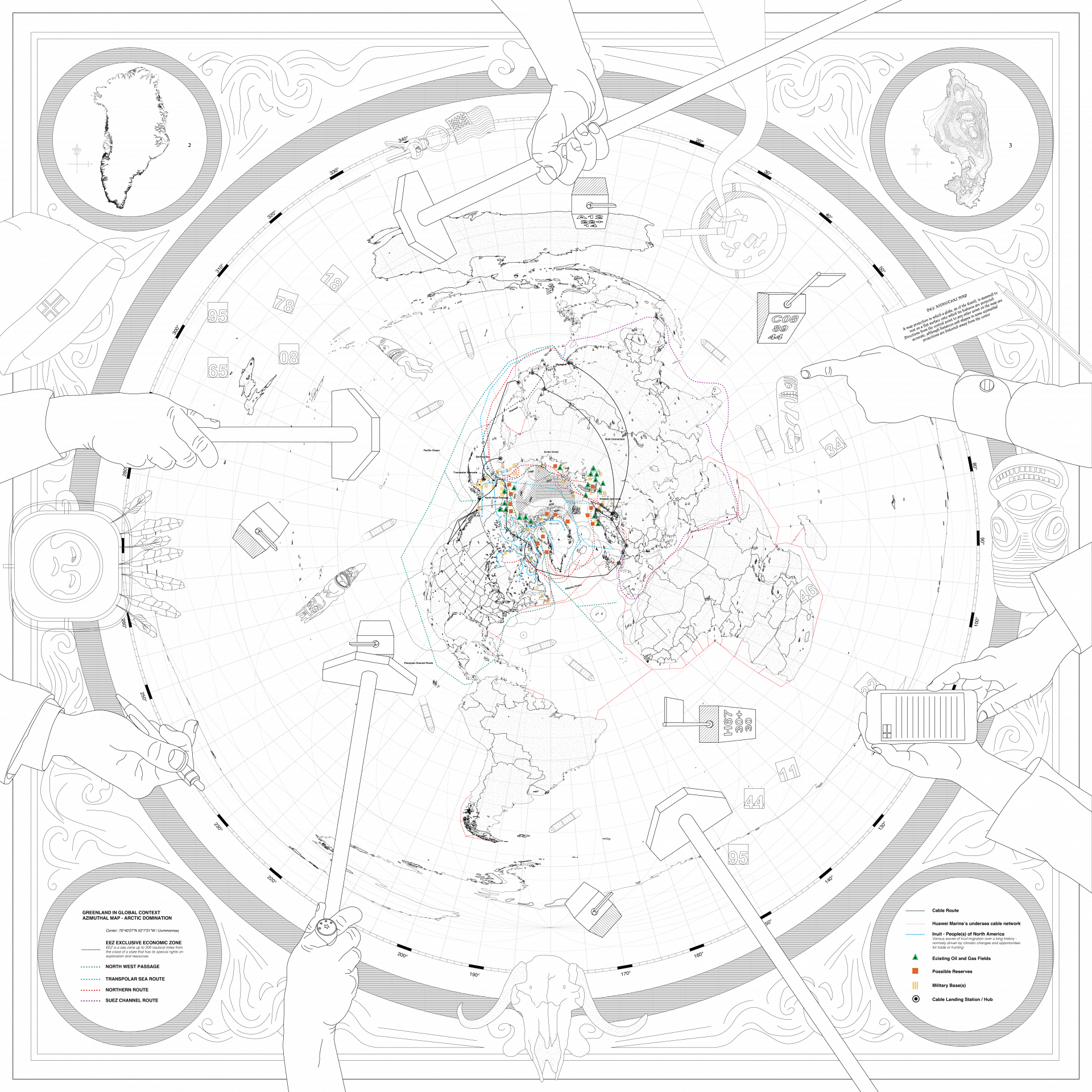 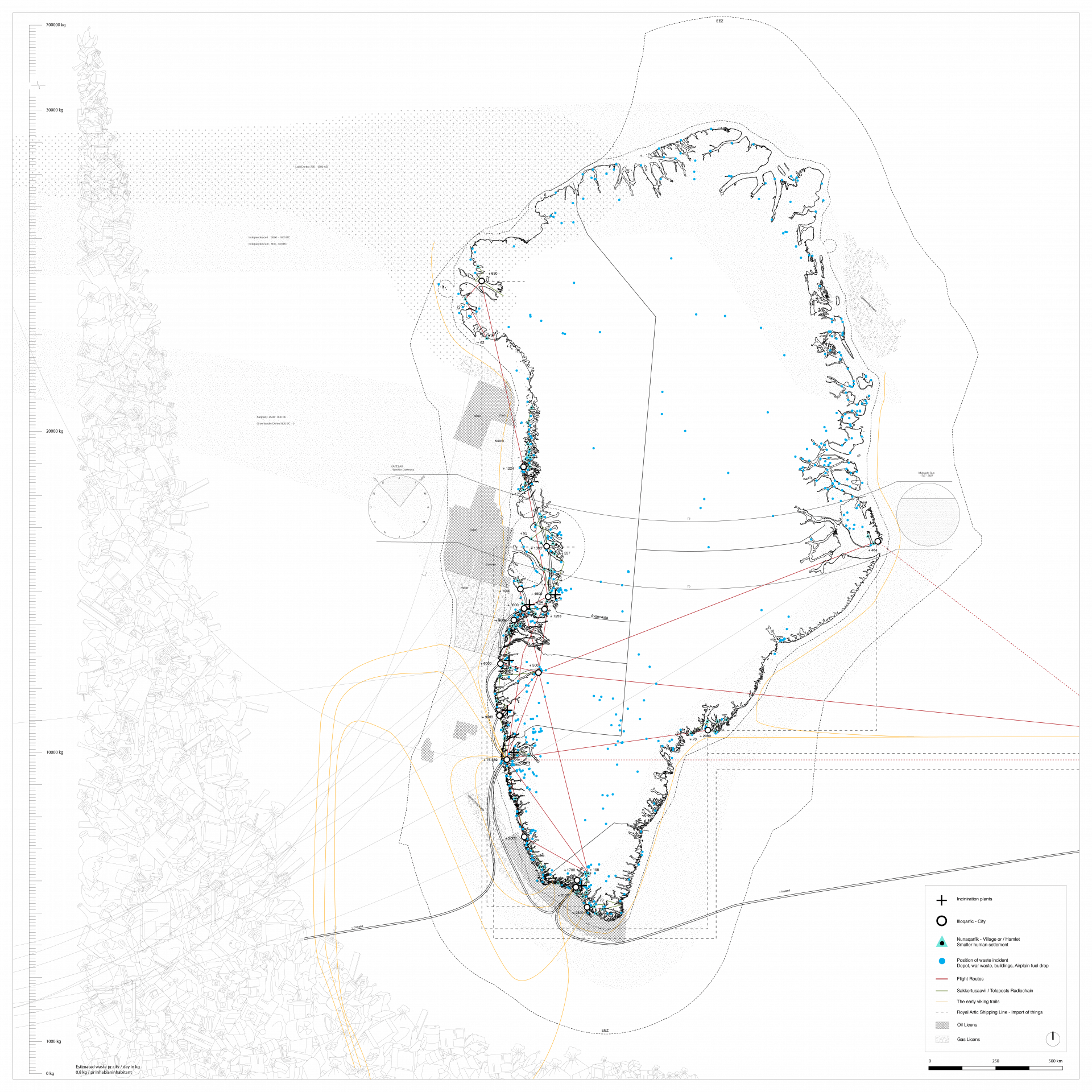 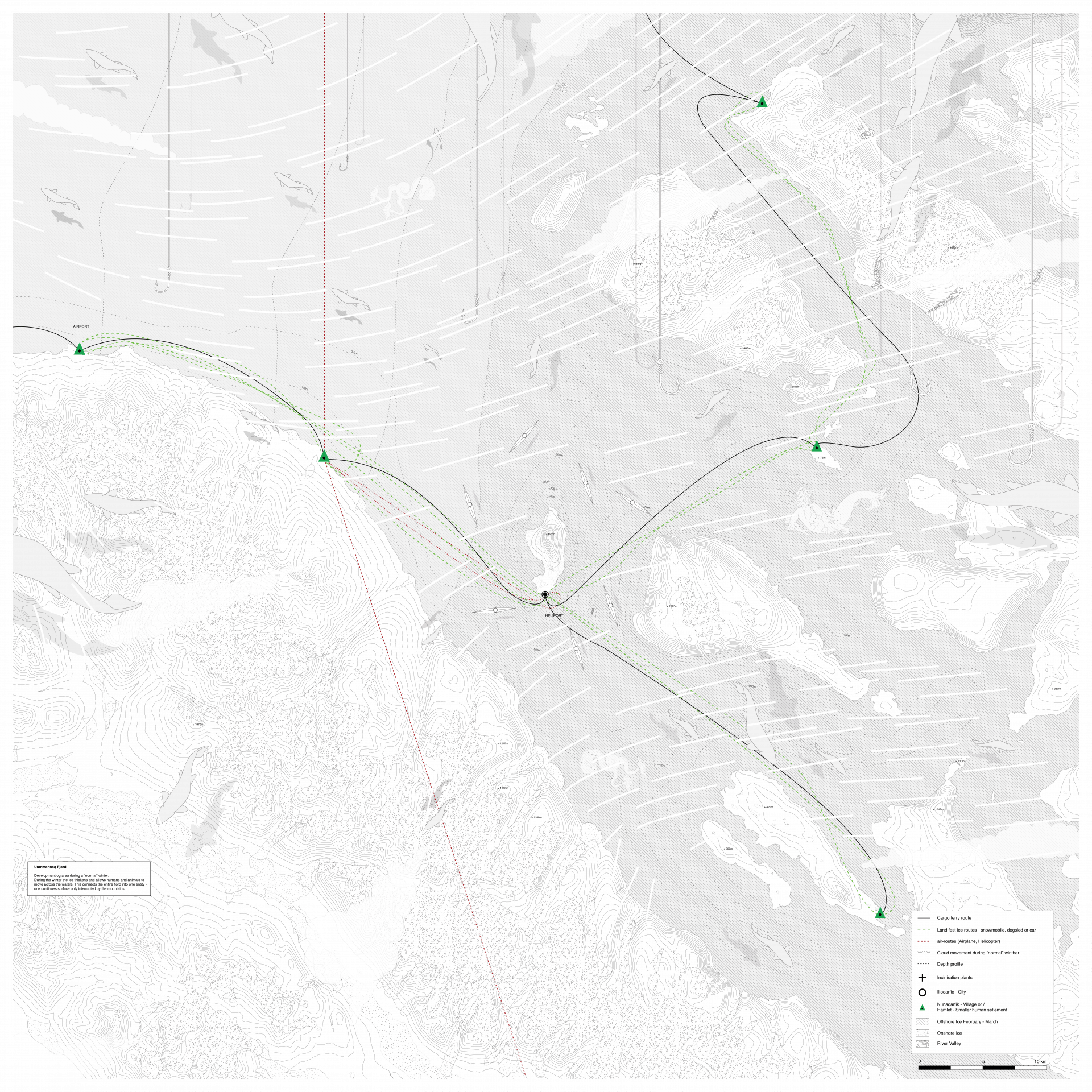 Gilles DeleuzeDesert Islands and Other Texts 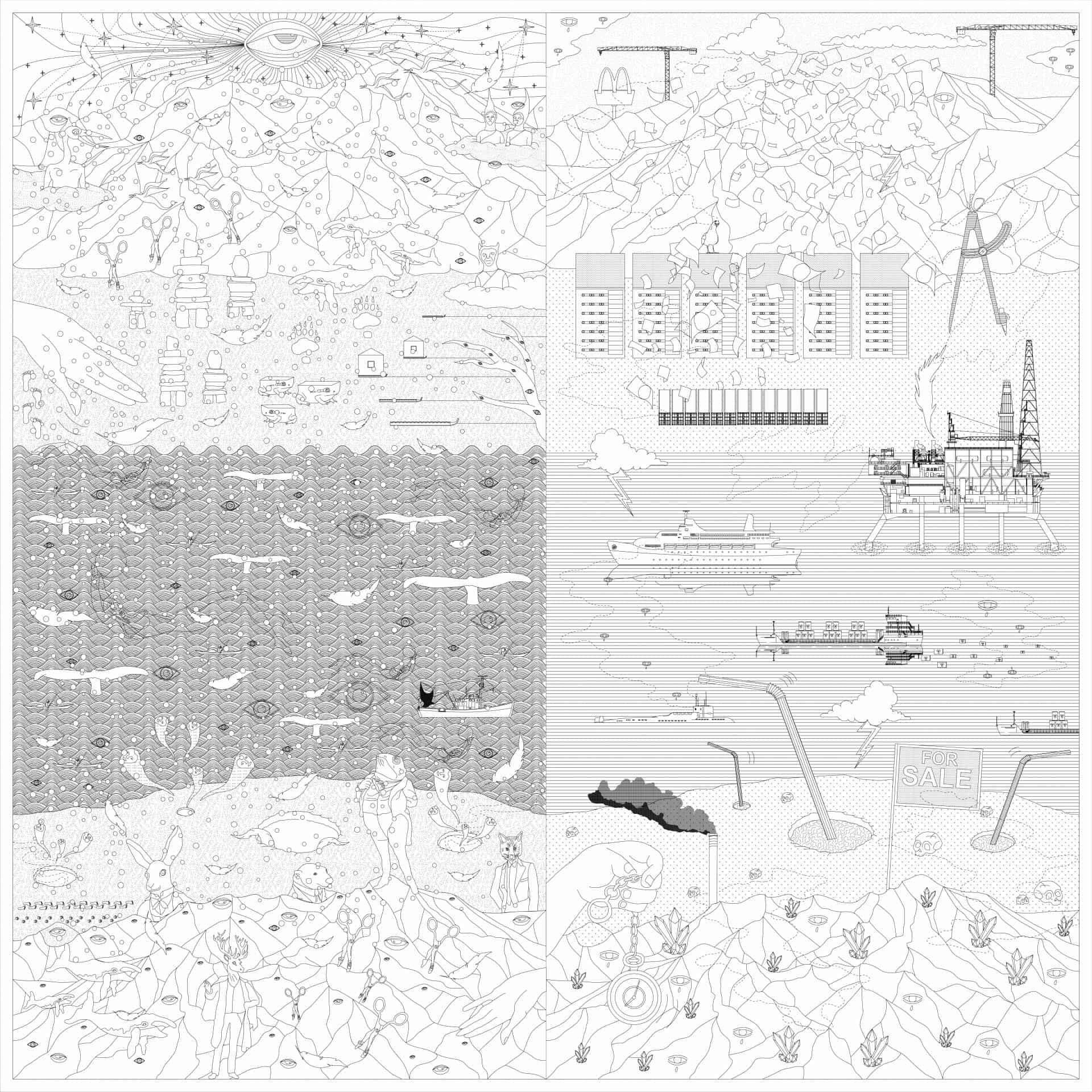 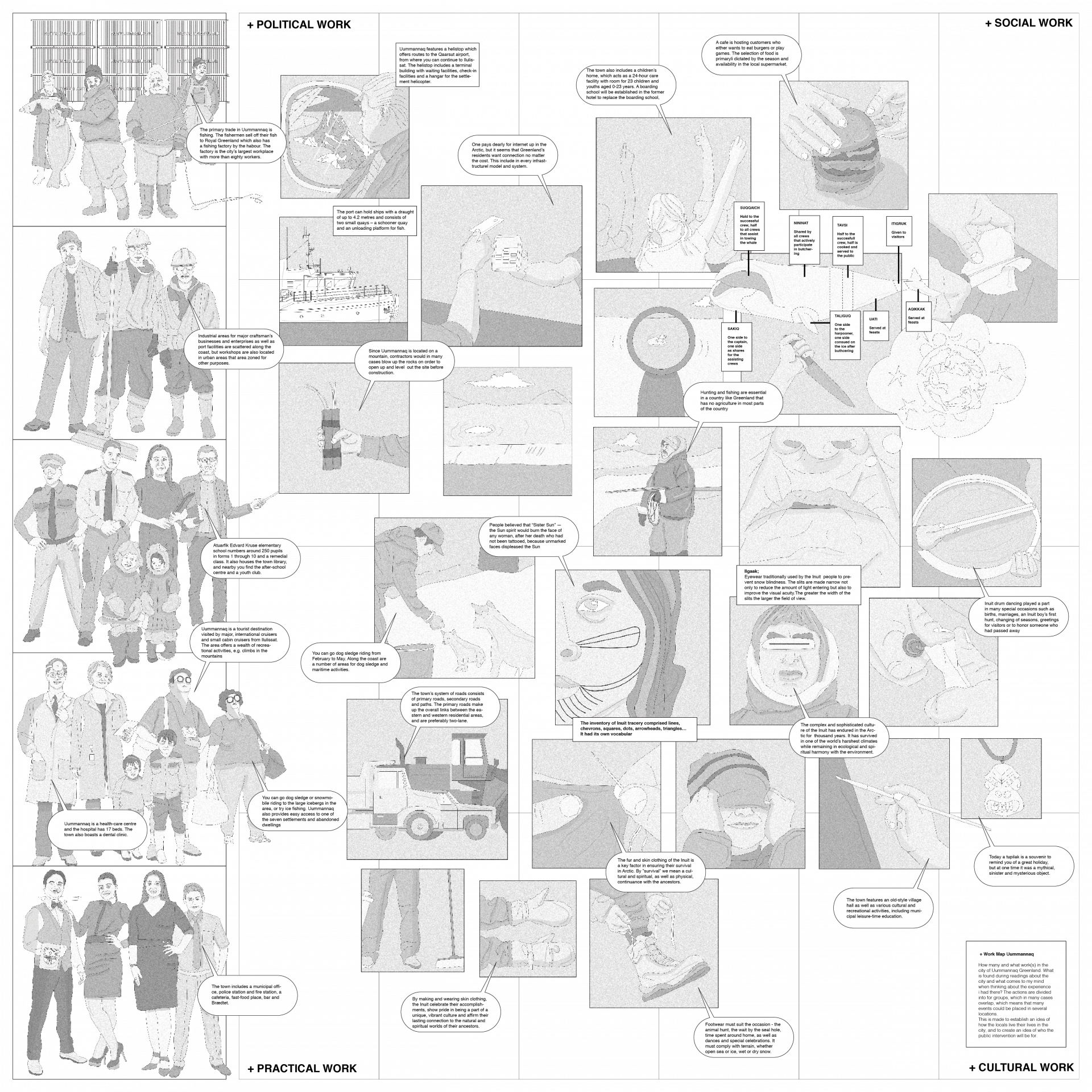 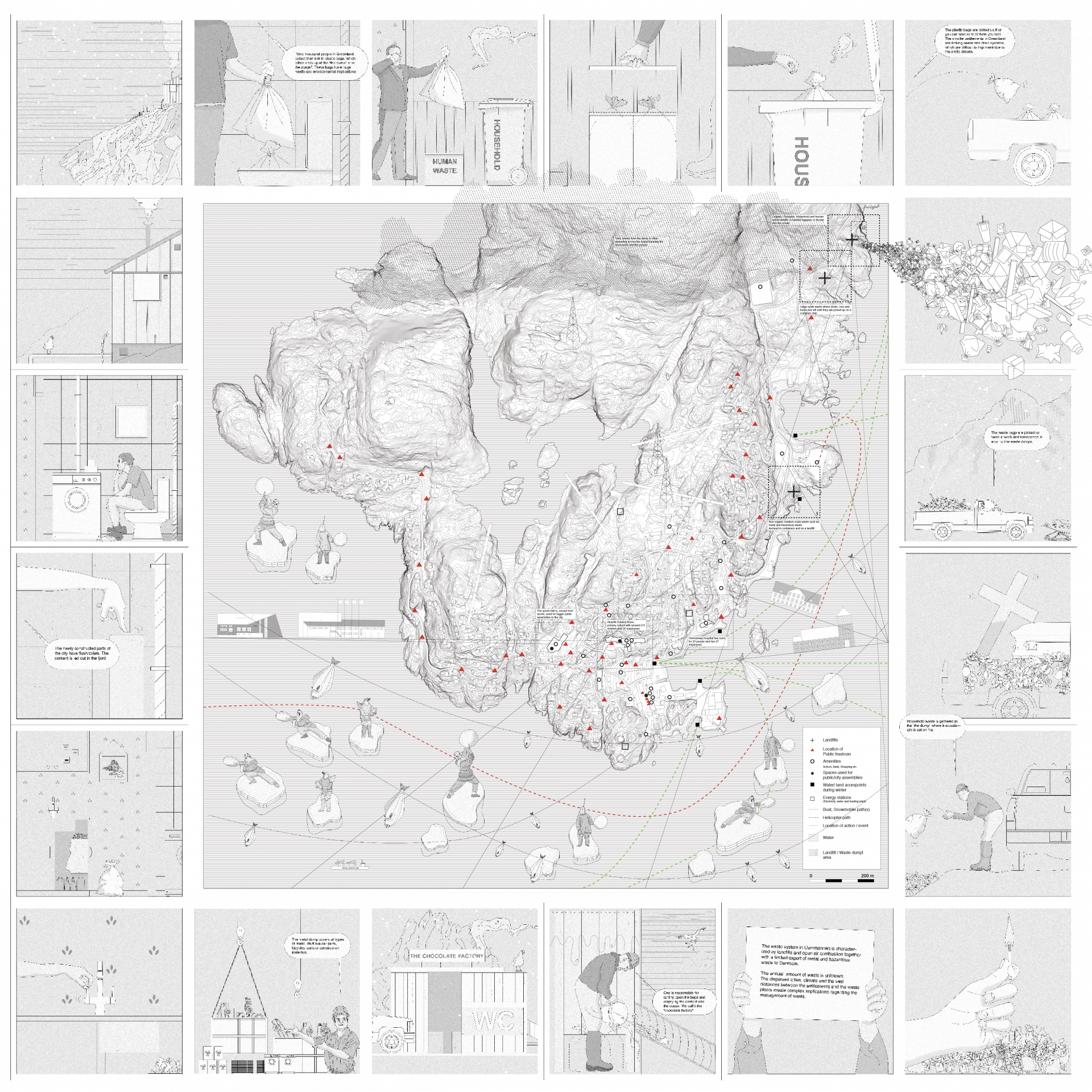 The story tells that in the middle of the Arctic wilderness far away from conflict areas and natural catastrophes, there was a sacred place. This place was so unreachable, that one could only go there if the weather would allow it.

This place was completely embraced in water, which was a source of life and a magical medium of memory. It was known to behave differently throughout the year, which made it desirable and feared. In this place, the currents dramatically shifted the way in which things moved, and in the course of a year the sun came and left at will, altering the atmosphere of the place entirely. It was in many ways supernatural.

In this place, there was a colorful city, which appeared as if it was neatly walking on stilts, making every built structure hover nervously above the cold underlying surface.

This city was secured to an island made of rocks. Rocks that had been there longer than any other rock in the world. They told stories of emerging oceans and when the earth became inhabitable. They could do that since they were four billion years old and acted as a physical and spiritual foundation for the island.

In the city, a great mix of human and non-human beings coexisted with the mysterious and ever-changing Arctic nature. They had a history dating back so long that no one really knew when it had begun. They were known for sharing stories of great adventures, which informed other places about how it was to live exactly there.

As the years went by the place became threatened by forces bigger than anything they could ever imagine. These species came from far away, from places that had been disconnected from nature long enough to no longer care for it. These forces brought with them huge amounts of unfamiliar things, which could naturally not enter the existing cycles of matter.

These foreign species still, until this day, dominate this sacred place. They still see nature as something completely different: As a resource more than a living organism. The sacred place has taught itself to adapt to these constraints, however its magical nature is now more fragile than ever.

Consequently, the place is not as remote as it once was. Trash is now steadily piling up on the edges of the island. Larger objects are waiting to be brought somewhere else and bodily leftovers silently drift away with the underwater currents. Moreover, the community is threatened by the ground under their feet turning liquid and the rocks beneath the stilts taken away.

Although, the place is losing its dynamic link to its surroundings, there is a desire for change deep within the hearts of the locals.

The place in this story is Greenland, and the city “Uummannaq”, meaning “the heart shaped mountain.”

Four billion years after the rocks were formed and four thousand years after the first person had ever set foot on them, it was my turn to go. I decided to go to Uummannaq, in the search of a purposeful site for an architectural intervention. 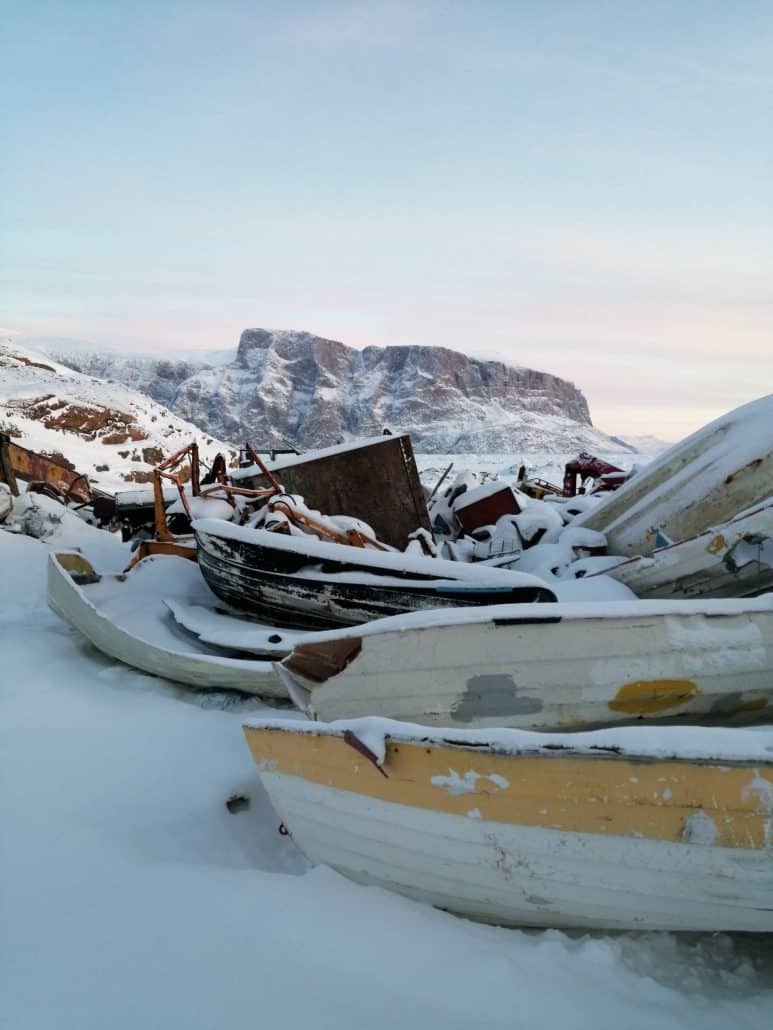 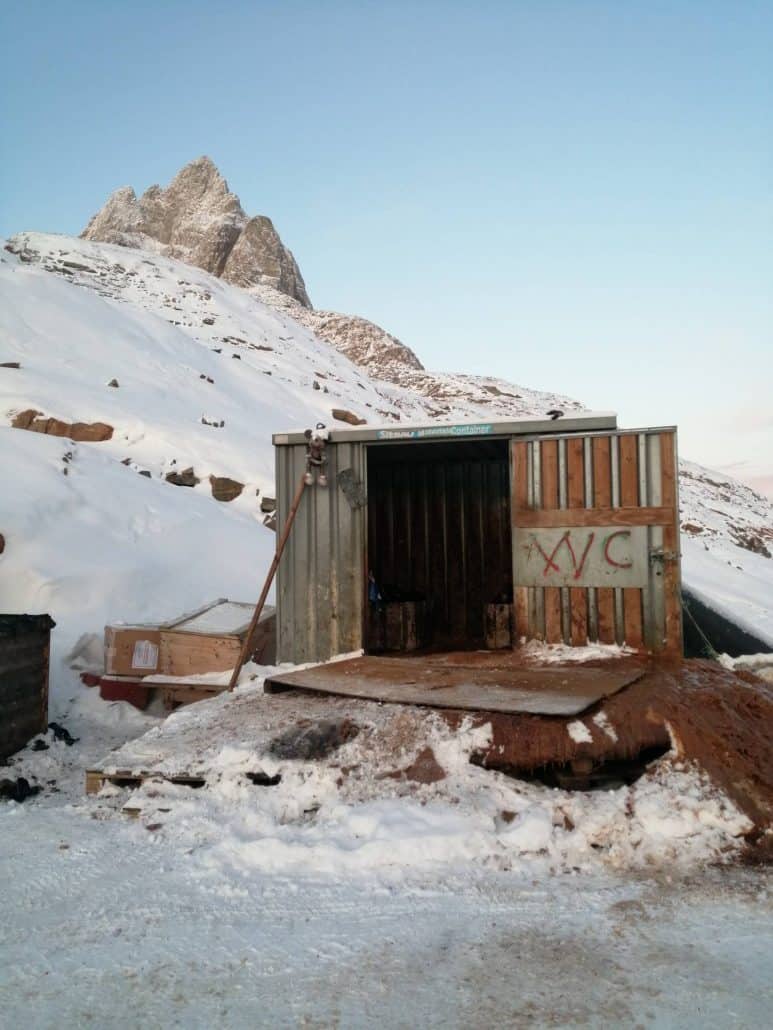 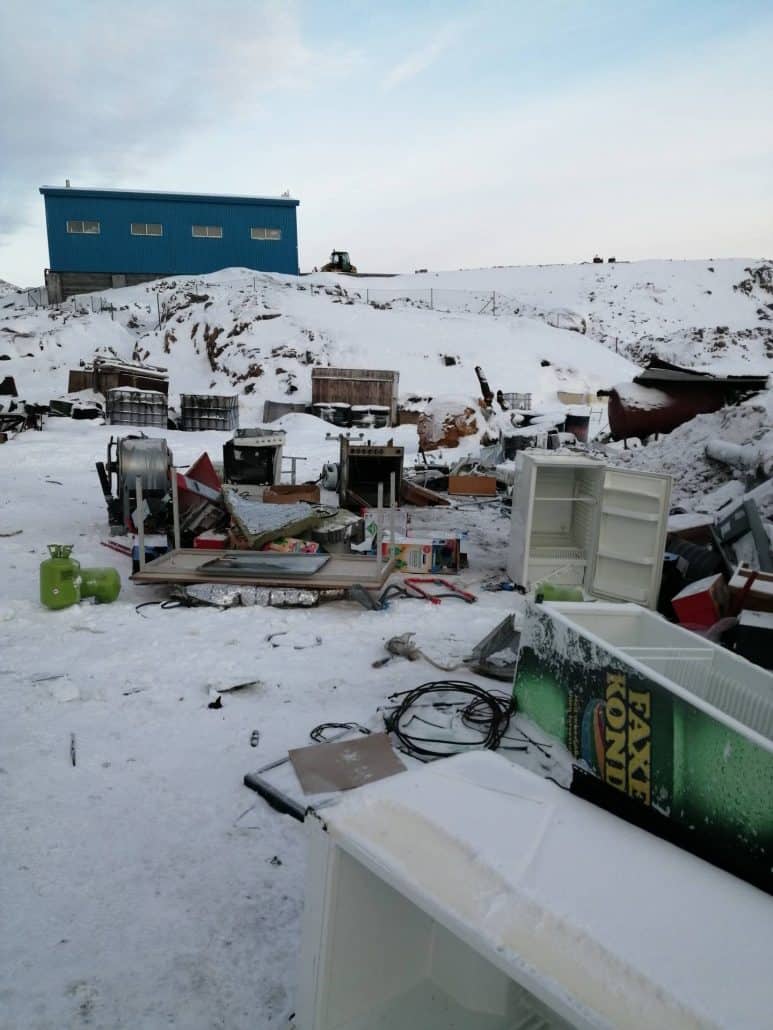 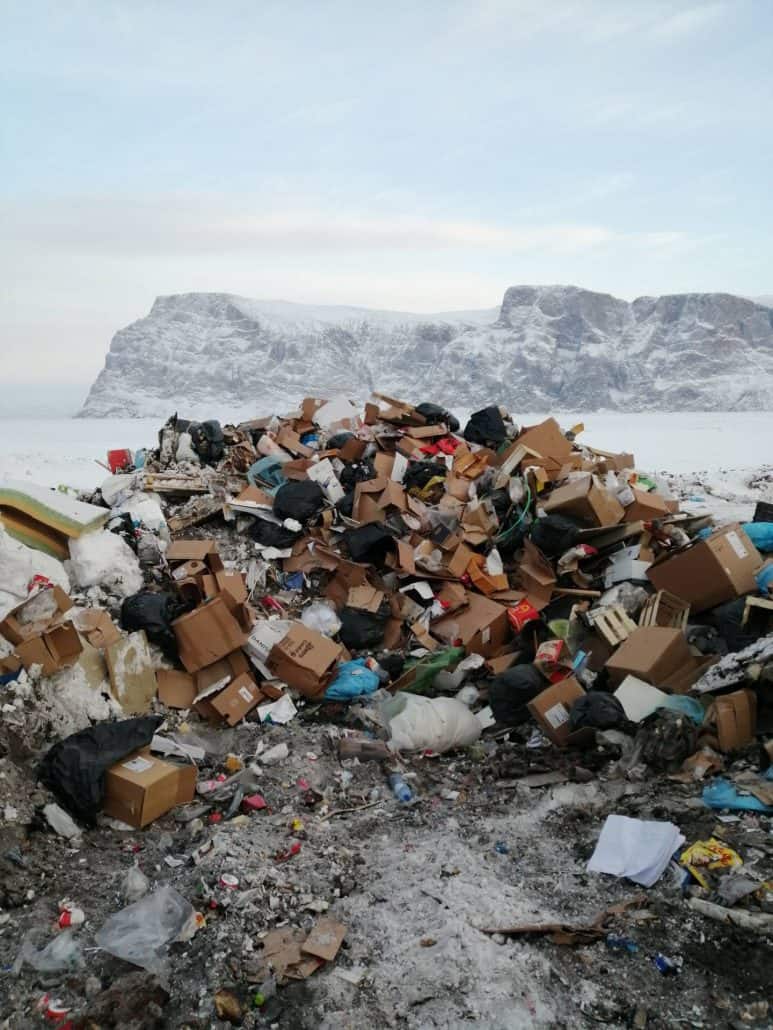 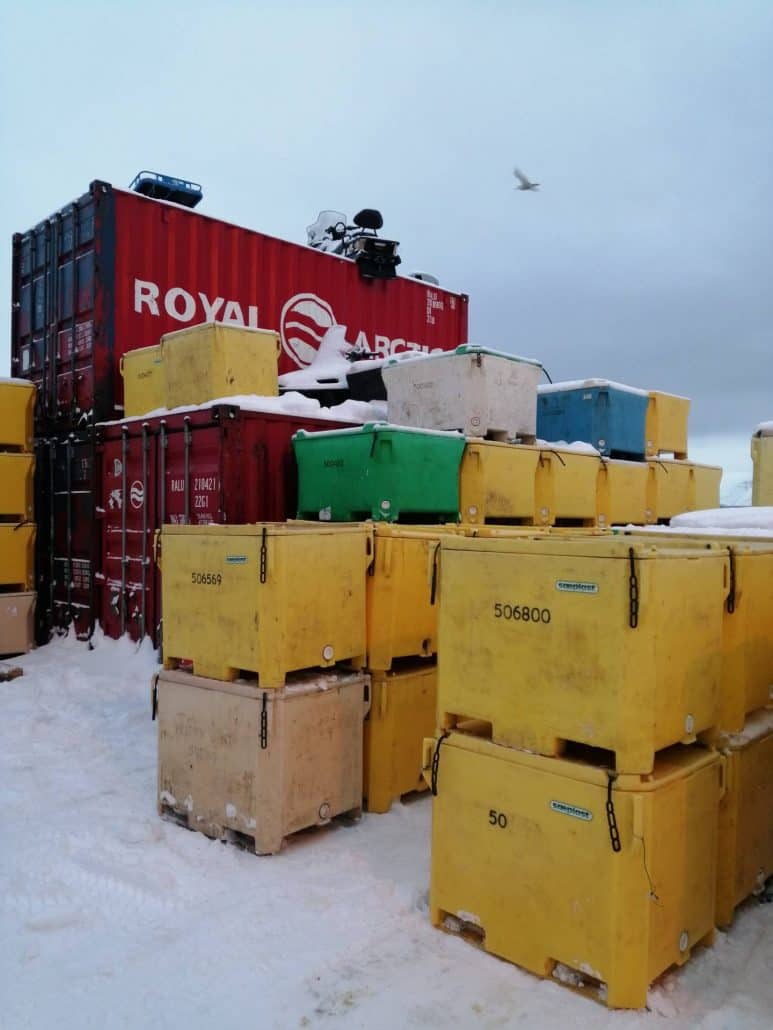 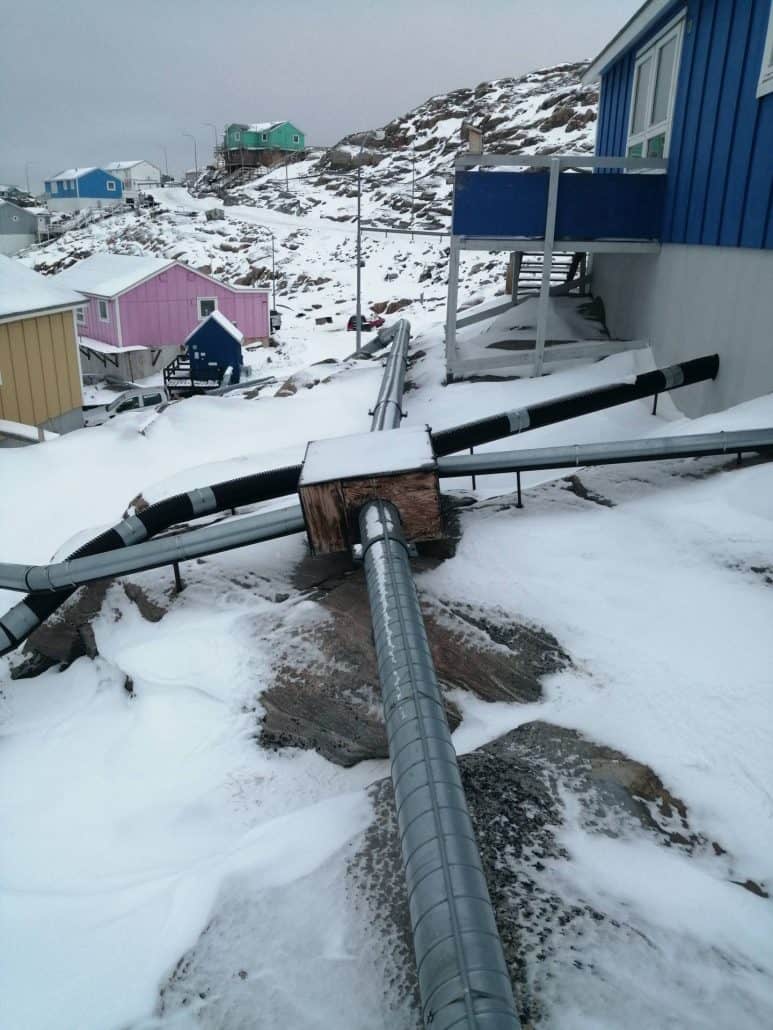 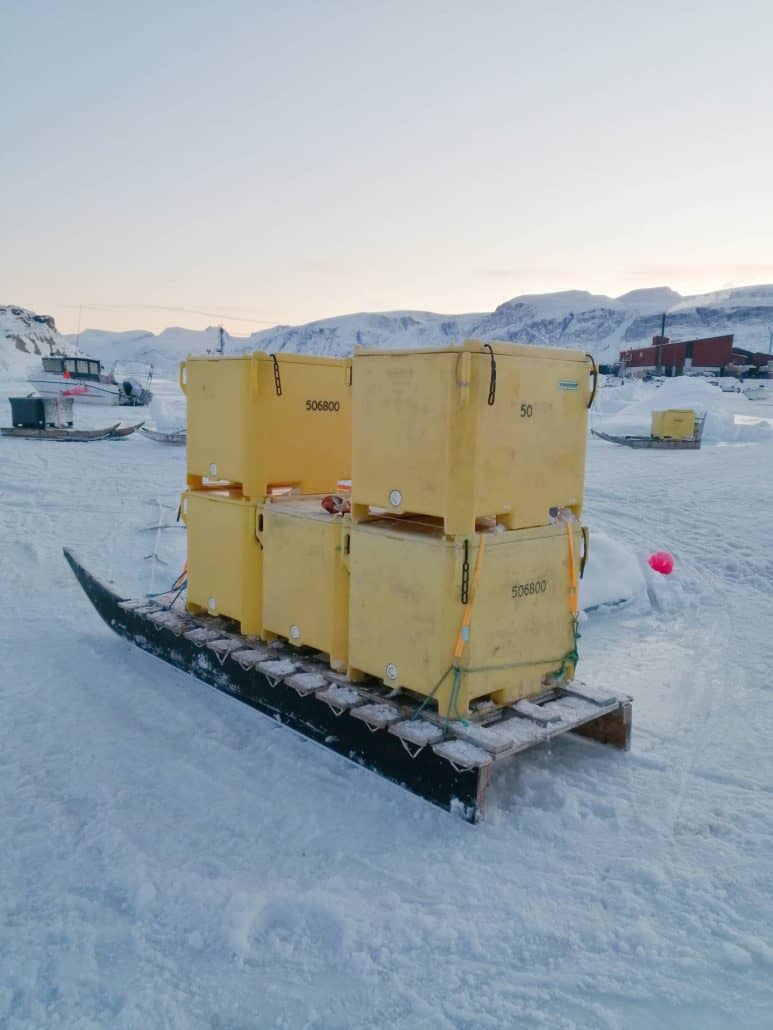 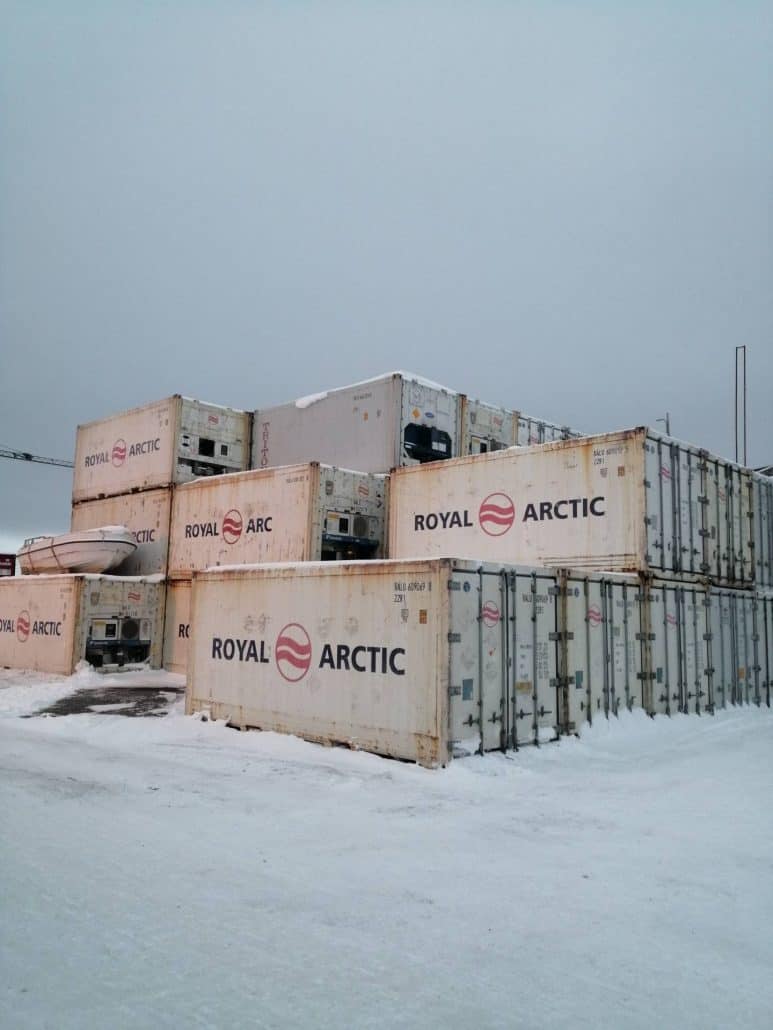 The architectural intervention should be perceived as a “strategic island” in the way that it takes care of people and their waste. It transforms this interaction into an experience. It consists of a receiving station for the physical matter and manages a monthly cycle of waste.

The thesis uses architecture to celebrate the waste dump(s) as a place where the city can gather around traditions and discussions about local politics. Waste is either transformed, stored, or dissected as methods to encounter the forgotten value of the given “stuff.”

To commence, the idea was to find out how and what type of waste the city actually produces. This meant that i had to find general information on densities and from that investigate how much waste my intervention could manage.

I decided that my proposal will deal with the following waste: organic, non-organic and bulky waste. The organic material will be used to make energy, and the non organic will be either compacted or stored for shipment. The bulky waste is restored or reconfigured in order to produce knowledge and share creative processes.

The following calculations were carried out in order to get an idea of the general amounts of trash and its possible energy outcome. 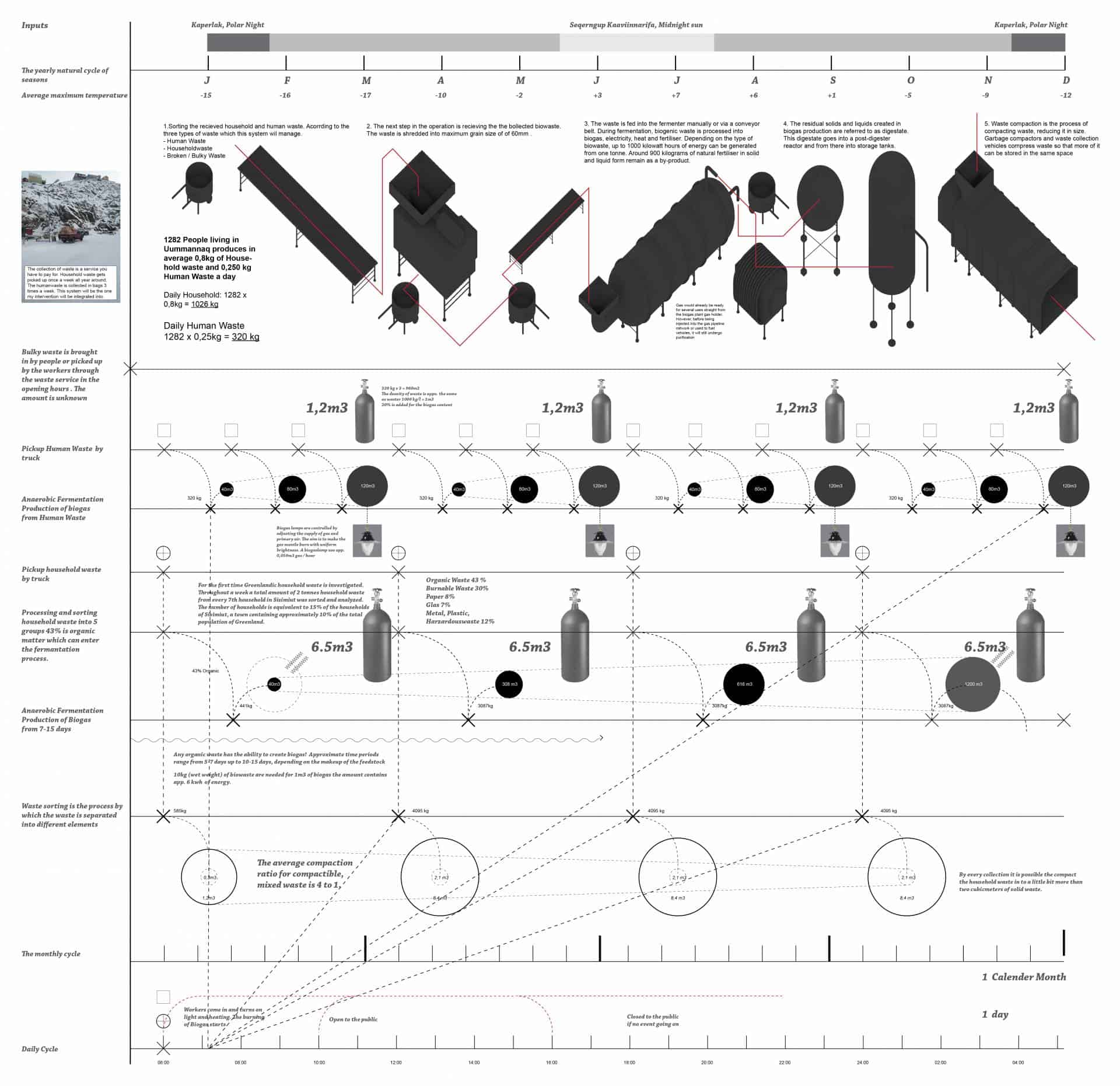 “(…) To conserve the Arctic is to treat it as a museum or an archive, both as a repository of a past state and a storage of memory and information. (…) The lives of indigenous populations in the circumpolar regions function as archives of historical experience and cultural heritage.”

The programmatic layout of the site began with the knowledge I found in the myths, waste systems as well as my own visit to the island. By imagining the way in which things circulate into the site, the layout of the intervention slowly started to emerge. 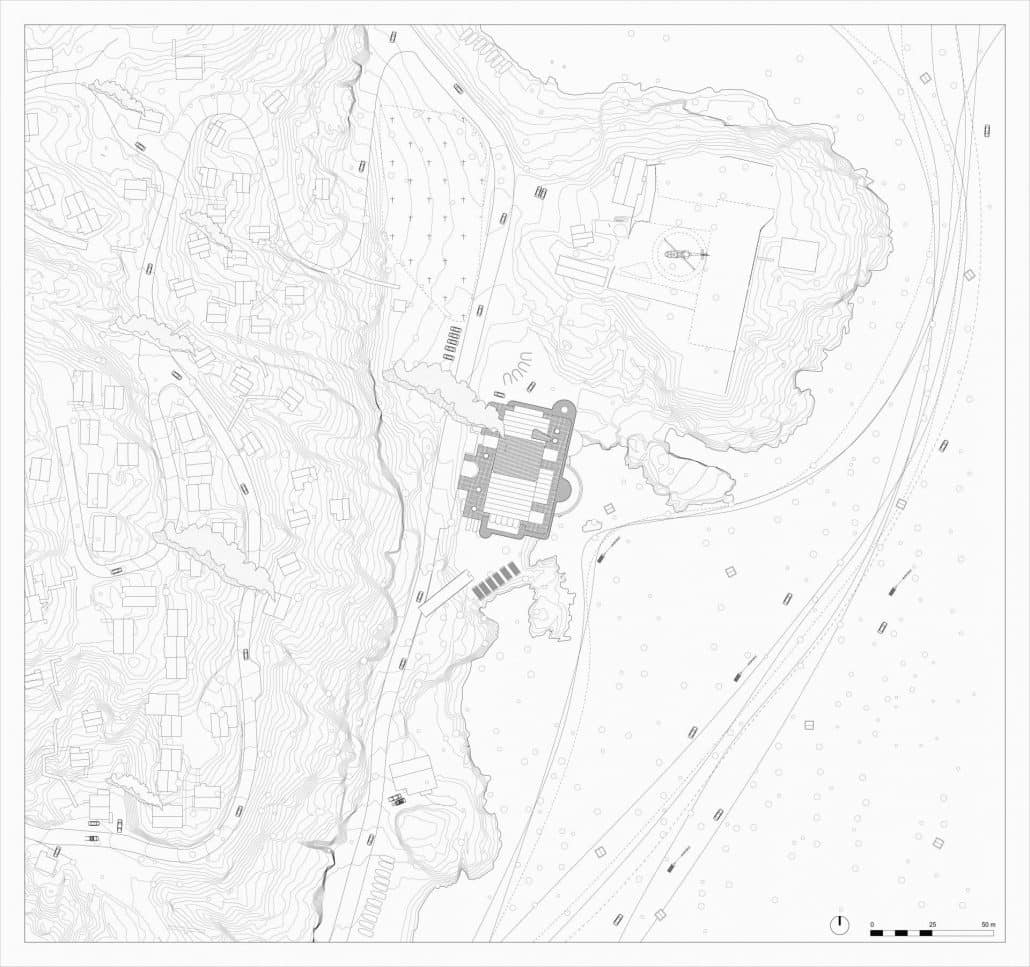 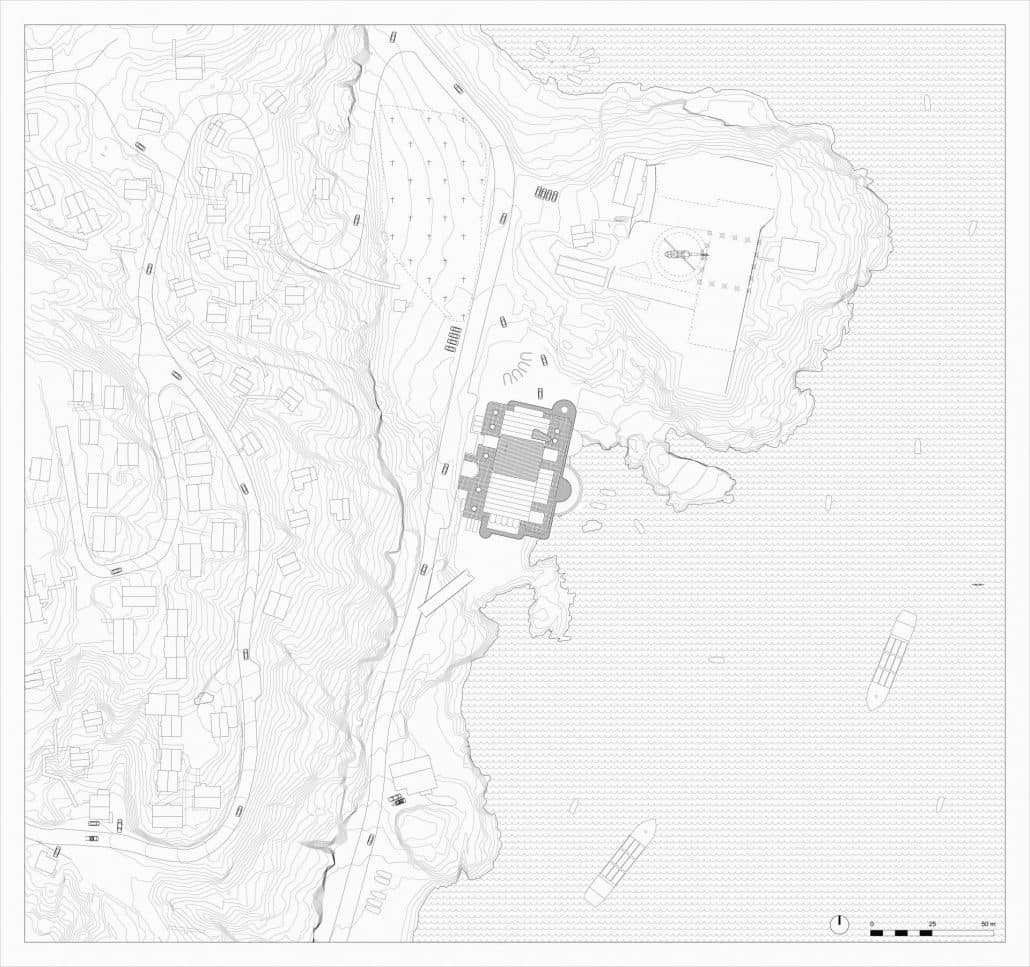 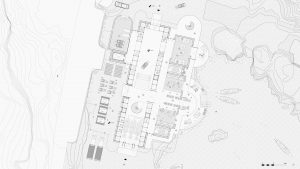 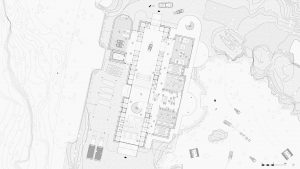 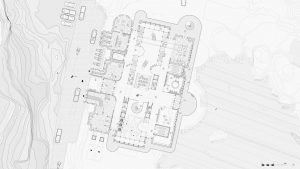 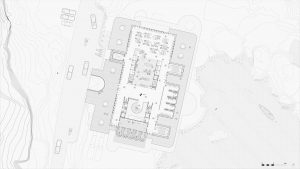 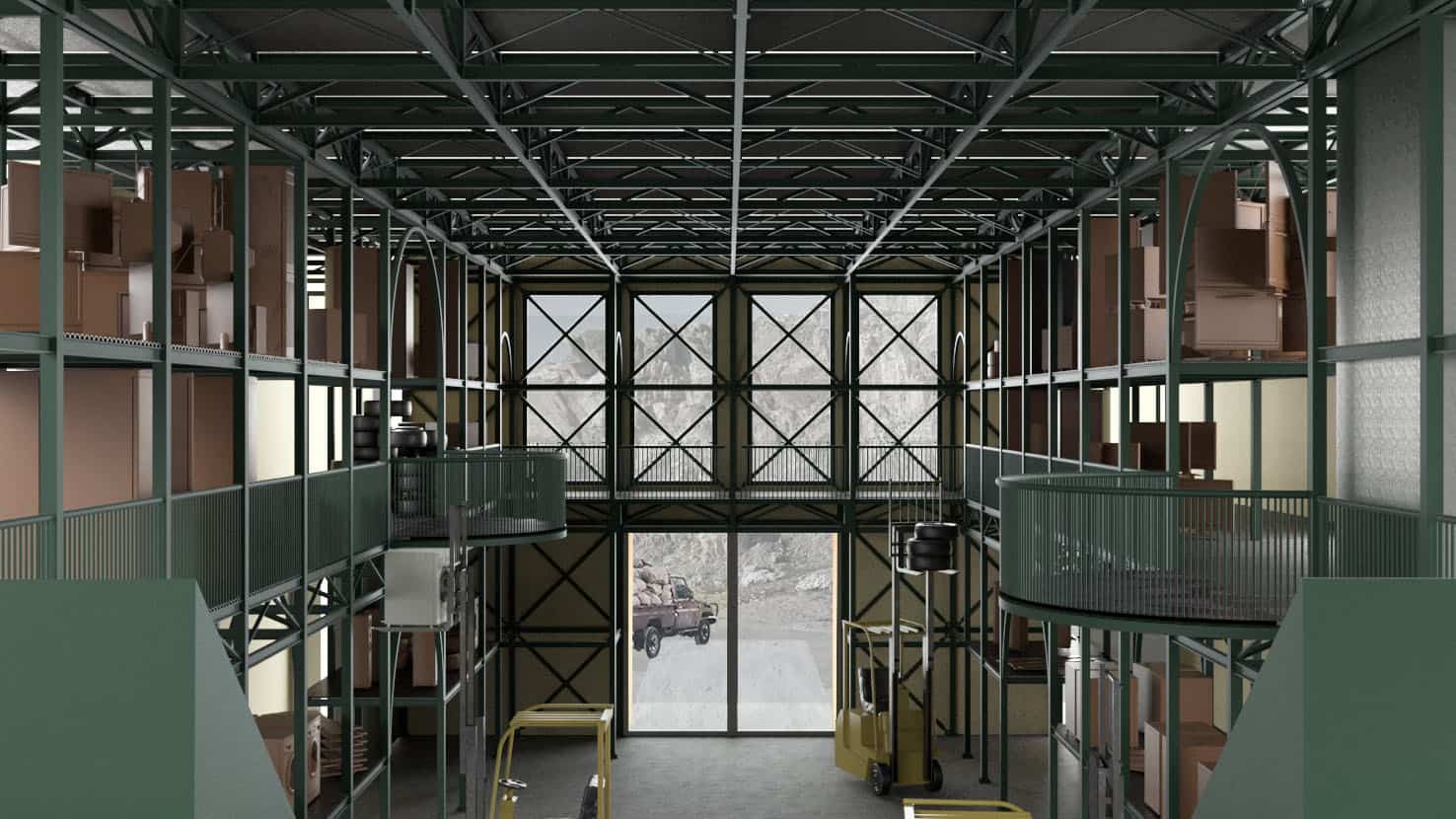